Ukrainian Special forces in position at a checkpoint on the main road between Sloviansk and Donetsk in eastern Ukraine, April 24 2014.
Maysun—EPA
By Noah Rayman

“We call upon the Russians to take immediate steps to de-escalate the situation,” said Army Col. Steve Warren, a Pentagon spokesman, according to USA Today.

The violation of Ukrainian airspace threatens to escalate an already tense showdown in eastern Ukraine, where Ukrainian military and police are conducting operations against pro-Russian separatists, raising concerns of a Russian intervention. Russia has amassed thousands of troops along the border, a month after Russia annexed the southern Crimean peninsula.

Ukraine’s acting president Oleksander Turchinov said earlier Friday that his country would treat any incursion by Russian troops across the border as an invasion, Reuters reports. 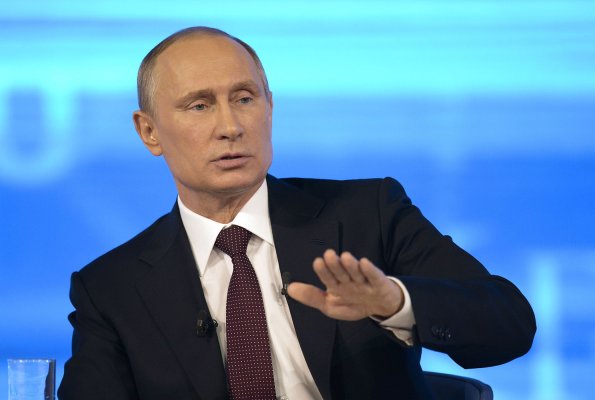 Putin: We Don't Spy Like U.S.
Next Up: Editor's Pick