Signs of Lying: Here’s What Will and Will Not Help You Detect Lies

We usually look for nervousness as one of the signs of lying. Like the person is worried about getting caught. But that’s actually a weak predictor.

Some people are so confident they don’t fear getting caught. Others are great at hiding it.

Some get nervous when questioned so you get false positives. And others are lying to themselves — so they show no signs of deliberate deception.

Lying is hard because it makes you think. You need to think up the lies. That’s extra work.

Looking for nervousness can be a wild goose chase. Looking for signs of thinking hard can be a great strategy.

Lying can be cognitively demanding. You must suppress the truth and construct a falsehood that is plausible on its face and does not contradict anything known by the listener, nor likely to be known. You must tell it in a convincing way and you must remember the story. This usually takes time and concentration, both of which may give off secondary cues and reduce performance on simultaneous tasks.

This also means that many of the signs of lying we often look for aren’t accurate. And things we’re not looking for can be good indicators.

When nervous we blink our eyes more often, but we blink less under increasing cognitive load (for example when solving arithmetic problems). Recent studies of deception suggest that we blink less when deceiving — that is, cognitive load rules. Nervousness makes us fidget more, but cognitive load has the opposite effect. Again, contra-usual expectation, people often fidget less in deceptive situations. And consistent with cognitive load effects, men use fewer hand gestures while deceiving and both sexes often employ longer pauses when speaking deceptively.

So don’t look for signs of stress, look for indicators that the person is thinking hard.

Via Richard Wiseman’s excellent book 59 Seconds: Change Your Life in Under a Minute:

They tend not to move their arms and legs so much, cut down on gesturing, repeat the same phrases, give shorter and less detailed answers, take longer before they start to answer, and pause and hesitate more. In addition, there is also evidence that they distance themselves from the lie, causing their language to become more impersonal. As a result, liars often reduce the number of times that they say words such as “I,” “me,” and “mine,” and use “him” and “her” rather than people’s names. Finally, is increased evasiveness, as liars tend to avoid answering the question completely, perhaps by switching topics or by asking a question of their own.

To detect deception, forget about looking for signs of tension, nervousness, and anxiety. Instead, a liar is likely to look as though they are thinking hard for no good reason, conversing in a strangely impersonal tone, and incorporating an evasiveness that would make even a politician or a used-car salesman blush.

Those are helpful tips. But how do we take it to the next level?

What do experts at detecting lies do?

They don’t passively rely on common signs of lying.

They actively seek to increase the suspected liar’s cognitive load.

They deliberately make the person think harder to magnify the signals to a point where they are obvious.

That’s what police detectives do:

Who You Need To Be Wary Of

Who can best handle thinking hard? Who comes up with great stories on the fly?

From my interview with Duke professor Dan Ariely, author of The (Honest) Truth About Dishonesty: How We Lie to Everyone—Especially Ourselves:

Yes, research shows you can tell how smart your child is by how early they start lying:

The complex brain processes involved in formulating a lie are an indicator of a child’s early intelligence, they add. A Canadian study of 1,200 children aged two to 17 suggests those who are able to lie have reached an important developmental stage.

(And no, dear parents, despite what you may tell yourself you’re not very good at discerning when your kid is lying.)

All this deception, and it’s even more common among the intelligent and creative. What to do?

Maybe that’s why when you survey people about the most important character trait you get an unsurprising answer — trustworthiness:

This piece originally appeared on Barking Up the Wrong Tree 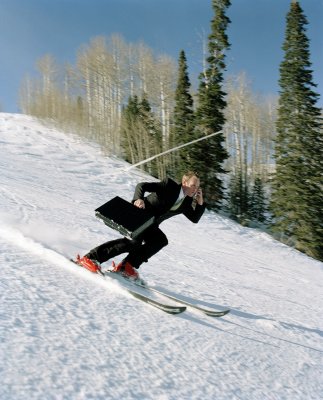 Too Busy? 7 Ways To Increase Leisure Time, According to Science
Next Up: Editor's Pick