Drinking on Campus: University of Kentucky Relaxes Its Alcohol Policy

University of Kentucky fans celebrate on State Street after their team's come from behind victory over the University of Louisville to advance to the Elite 8 in the NCAA Men's Basketball Tournament on March 28, 2014.
David Stephenson—Zuma
By Josh Sanburn

As the University of Kentucky men’s basketball team marched its way through the NCAA basketball tournament this year, UK students routinely poured into the streets, setting couches on fire and uprooting street signs. Much of it took place off-campus, where students often drink thanks to the university’s dry campus policy.

But on Thursday, UK President Eli Capilouto announced the university would change that policy, in part because of events like the off-campus riots, and allow alcohol to be served on campus under “predetermined guidelines” and conditions.

The move is a recognition that the university’s policy wasn’t restricting alcohol consumption. It merely moved it farther from campus, causing headaches for families living in those areas and pushing students further from the oversight of university officials.

“Off-campus drinking is a major problem at major universities,” says East Carolina University’s Jennifer Cremeens, who studies campus alcohol policies. “And I think many of them are moving to a harm-reduction policy, finding ways to monitor and control students’ drinking rather than trying to stop it altogether.”

Dry campus policies took hold around the U.S. a few decades ago as universities wanted to show that they were providing a healthy environment for their students. Historically, student unions often included bars for those over 21, but many colleges closed them down as officials cracked down on consumption, often believing those policies could influence students’ drinking behavior.

The problem was that students merely got drunk off campus at nearby bars or inside private residences. In a way, the policy backfired, and some universities appear to be changing tactics.

While there’s no single database of how many universities allow alcohol on campus, Cremeens published a study last year in the American Journal of Health Studies finding that 24% of schools surveyed prohibited all possession of alcohol on campus compared with 32% in 2005.

Stuart Usdan, a co-author of the survey, says that when bars were on campus, university officials could oversee the establishment and make sure it didn’t promote outrageous drink specials that could lead to binge drinking.

“The thought was that you could monitor this, that it was a more controlled environment,” Usdan says. “So allowing more drinking on campus may be a way for universities to regain some of that control.”

The university has yet to say under what guidelines drinking will be allowed, but the hope is that the shift will help prevent situations like the off-campus riots this year and especially the ones back in 2012 when UK’s men’s basketball team won the NCAA championship. The off-campus ruckus lead to multiple arrests and property damage.

“This might give off a negative impression that they’re being too care-free about this, but off-campus drinking is a much bigger problem,” Usdan says. “By bringing it on campus, they may be able to minimize some of the problems.” 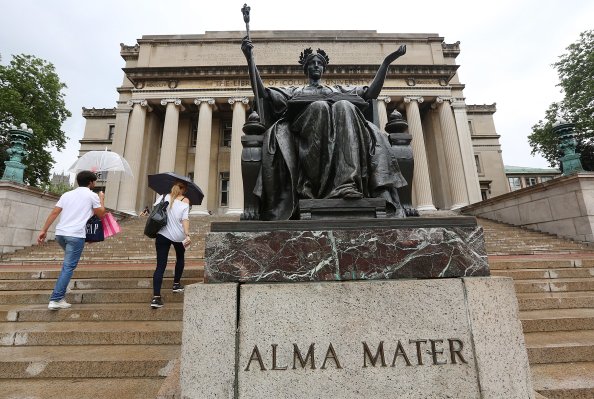 Columbia in Hot Water
Next Up: Editor's Pick