A SpaceX rocket successfully completed a soft landing in the Atlantic Ocean this week, company CEO Elon Musk said Friday. The Falcon 9 rocket, however, may not be recoverable because of damage sustained in rough seas.

The landing was notable as the Falcon 9 used a powered descent to soften its landing after a resupply trip to the International Space Station. SpaceX has tested the soft landing procedure before but had not, until this week, used it as part of an actual space mission.

Musk, who is also the CEO of electric automaker Tesla, said Friday afternoon that the information relayed from the Falcon 9 during its descent into the Atlantic showed that it completed a stable upright landing.

“We have sensors on each individual leg [of the rocket],” Musk said, and “GPS units. They all agree [that it landed stably]. If we recover it from the ocean it’ll probably take a couple of months to refurbish for flight.”

Controlled rocket descents could greatly reduce spaceflight’s costs by removing the need to manufacture a new rocket for each launch. “You don’t have to keep rebuilding your rockets, there’s certainly a sustainability element there,” Musk said.

Here’s what it looks like when SpaceX successfully soft-lands a Falcon 9 rocket, as seen in earlier test footage:

The suit was filed in the U.S. Court of Federal Claims. 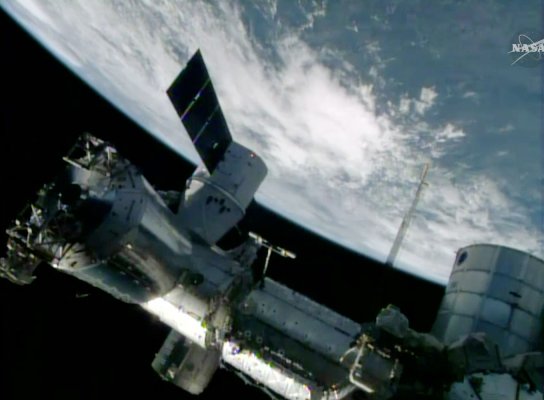 Space Station Gets a Visit From the Easter Dragon
Next Up: Editor's Pick