Prince George Gets a New Look

Prince George in the original picture and the Us Weekly cover
From left to right: Chris Jackson/Pool—Reuters; US Weekly
By Eliana Dockterman

Is nobody safe? US Weekly has been accused of photoshopping 9-month-old Prince George, son of Prince William and Duchess Kate Middleton, for their cover this week.

As you can see in the picture, his skin looks tanner (with rosier cheeks), his eyes seem enhanced and his hair color darker. All unnecessary changes in our opinion. He’s pretty darn cute as is.

Us Weekly denied photoshopping the little prince. In a statement to TIME, a spokesperson at US Weekly said, “The original image used for the Prince George cover was dark and bluish in tone and needed to be given an overall color shift for printing purposes. By no means did we go in and alter the color of his eyes or cheeks in this process.”

Prince George’s color shift comes on the heels of a series of photoshopping controversies surrounding other (usually female) celebrities, including Lorde, Lena Dunham and Mindy Kaling. But these are all adult (or at least teenage women), not babies. 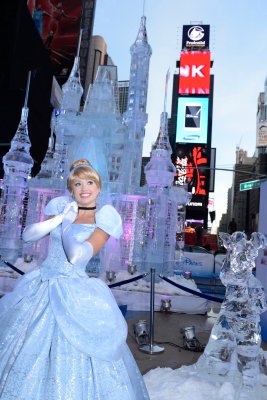 Cosmetic Foot Surgery Is a Thing Now
Next Up: Editor's Pick