Russia got its way in eastern Ukraine on Thursday, halting a Ukrainian offensive to oust pro-Russian separatists from buildings they had been occupying.

Putin’s troops flexed their military might on Russian territory—thousands began conducting air and land training where they are massed near Ukraine—and that was sufficient to stop the Ukrainians in their tracks. U.S. officials complained that the Russian move was provocative. Perhaps so, but it had its desired effect.

The Ukrainians are plainly flummoxed: Continue their assaults to remove the separatists, and risk Russian tanks coming across the border into their country, or call them off in the hopes that will deter Russian action.

It shows just how craftily Putin has handled the Ukrainian crisis he created. He couldn’t do it without substantial support from residents in eastern Ukraine, aided and abetted, according to U.S. military officers, by Russian spetsnaz special-ops forces.

But given that fifth column inside Ukraine, he can play this game indefinitely, despite a demand from the Ukrainian foreign ministry that he explain the drills within 48 hours.

“We’re seeing all flavors of the Russian combined arms force,” Army Colonel Steve Warren, a Pentagon spokesman, said Friday. “Our message remains, ‘Deescalate. Live up to commitments both in Geneva and international norms. Help bring this crisis to an end.'”

Putin seems to be using such ebbs and flows of military exercises on the Russian side of the Ukrainian frontier like a dimmer switch, turning it up when it suits his purposes and then down once it has had its desired effect.

It sows instability in Ukraine while enhancing Russia’s clout toward its neighboring nation. The trouble for Ukraine and the West is that there isn’t much they can do to stop it. Bullying doesn’t violate international law.

Most Popular on TIME
1
Shakira: We Must Speak Up on Child Separation
2
21 Hidden Gem Horror Movies to Stream Now
3
Armed Right-Wing Groups Aren’t ‘Militias’—We Need to Stop Calling Them That 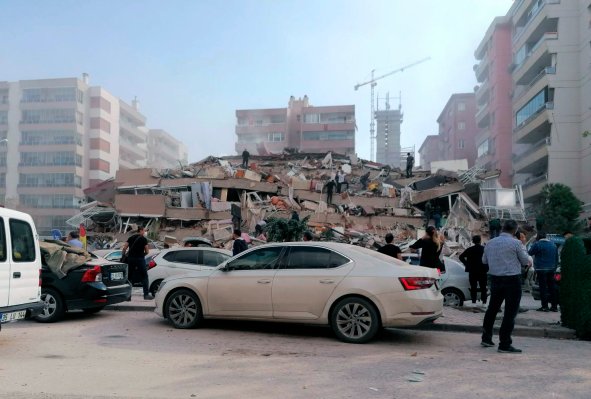 Earthquake Strikes Turkey, Killing 4 and Injuring 120
Next Up: Editor's Pick