In a rough month of a rough year of a rough second term for Barack Obama’s foreign policy, Thursday was a particularly rough day.

It began with dour news from the Middle East. Israeli Prime Minister Benjamin Netanyahu declared that he won’t negotiate with a unified Palestinian government that includes both moderate Fatah and radical Gaza-based Hamas. Shorter version: the already-gasping Middle East peace process is likely dead for the remainder of Obama’s presidency.

The day ended with Secretary of State John Kerry’s angry speech accusing Russia of violating the diplomatic agreement Kerry co-signed a week ago in Geneva, supposedly stabilizing the crisis in eastern Ukraine. But things seem to be getting worse in Ukraine, more U.S. sanctions against Moscow appear likely, and Vladimir Putin may be gearing up for military action.

President Obama was in Japan as these things happened — part of his effort to sell the “pivot to Asia.” It was good news, of a sort, that Obama finally managed to visit the region after two prior cancelled trips. Yet problems elsewhere felt more urgent. At a press conference in Tokyo, Obama found himself talking about Kiev and Moscow and Damascus. And on one of his key goals — striking a new trade agreement with Japan — he would leave the country empty-handed.

While there is some good news this week, in the form of surprising progress in the elimination of Syria’s chemical weapons arsenal, a new gremlin lurks under the stairs. In a little-noted development, the Syrian regime stands accused of killing more people with chemical weapons in recent weeks. The State Department is investigating reports of chlorine gas attacks against civilians which — though less lethal than the sarin gas attacks that nearly provoked U.S. military action last fall — have nonetheless allegedly killed at least two people and sickened dozens more. Such an event, a State Department spokeswoman said this week, would violate the international agreement that forestalled Obama’s planned airstrikes against Syria. Which raises the prospect of a renewed threat of American military force.

It would be simplistic to blame Obama for all these problems. At the same time, the recent disappointments in his foreign policy are part of a larger failure — a failure of political vision.

When Obama first ran for president he promised to take on “conventional thinking in Washington” about foreign policy, and in particular “cynicism” about what can be achieved through diplomacy. “It’s easy to be cynical,” Obama said in an October 2007 speech. “When it comes to our foreign policy, you get it from all sides.” The next year he told an audience of Jewish-Americans that “one of the enemies we have to fight [is] not just terrorists, it’s not just Hezbollah, it’s not just Hamas — it’s also cynicism.”

Six years later, the cynics must be feeling vindicated. They snickered at John Kerry’s bid for Middle East peace, calling it doomed to fail. They seem to have been right. They have also chortled at Kerry’s long meetings with Russia’s Foreign Minister Sergei Lavrov, calling diplomacy with Vladimir Putin a fool’s errand. The impending collapse of the Ukraine deal struck in Geneva last night would seem to affirm that view.

The cynics also doubting Obama’s Asia pivot, seeing it as a futile attempt to dodge harder problems elsewhere. Obama’s distracted trip this week is at least a point in their favor.

And they argue that Obama’s aversion to getting involved in Syria is not only a humanitarian tragedy but will cause deeper problems for the U.S. in the long run. A new chemical weapons crisis would be a good example.

It’s obviously too simplistic to blame Obama’s for all these problems. Among other things, he inherited severe foreign policy problems from George W. Bush; in multiple ways Obama is still harvesting the bitter fruit of America’s wars in Iraq and Afghanistan.

Still, Obama promised things would be different — that he would upend Washington thinking and find a new way of solving problems. That he prove those cynics wrong. The cynics, being cynics, said it couldn’t be done. At the moment, they seem to have the better of the argument. 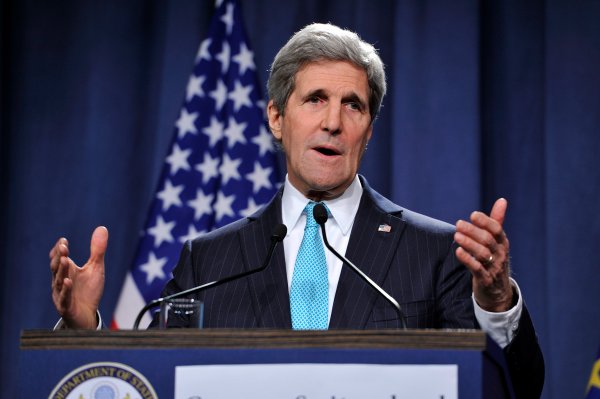