It's Hard Out There for a Honeybee

Commercial honeybees might be America’s unluckiest laborers. They’re infested with pests like the Varroa destructor mite and the Nosema ceranae parasite; infected with diseases like the Israeli paralytic virus and the tobacco ringspot virus; dosed with pesticides like clothianidin and imidacloprid; starved of nutrition thanks to crop monocultures; shipped around the country to be worked half to death in almond fields and apple orchards; and victimized by a still mysterious malady called colony-collapse disorder (CCD). It’s little surprise that U.S. beekeepers lost about a third of their colonies over the winter of 2012–13, and if early reports from states like Ohio are any indication, this year could be even worse.

But there’s a place where honeybees are apparently doing much better: East Africa. In a study that came out recently in the journal PLOS One, researchers from Kenya and the U.S. surveyed honeybee populations at 24 locations throughout the African country. And the scientists found that while honeybees in Kenya suffered from some of the same problems as their Western counterparts, the African bees remained much more robust. “I was amazed by the lack of manifestation of ill health in the bees,” Elliud Muli, lead author on the paper, told National Geographic.

What’s protected the Kenyan honeybees? African honeybees rarely encounter the sorts of pesticides that are in heavy use on American farms — and which pose a clear danger to American bees. The African bees also generally stay in one place, while the biggest honeybee keepers in the U.S. will move their colonies thousands of miles for major events like the California almond-tree pollination, which requires an astounding 60% of all hives in the U.S. Without those additional stressors, the Kenyan honeybees seem capable of thriving even in the presence of dangerous pests.

That doesn’t mean that pesticides alone are causing CCD — but they sure aren’t helping, as even the Environmental Protection Agency (EPA) has begun to realize. Last year the EPA ordered changes in the labeling of neonicotinoid pesticides, which have been linked to high rates of honeybee deaths and which have been banned in Europe. American honeybees also suffer from a lack of nutrition, as bee-friendly wild spaces are converted into corn or soybean fields that offer them little forage.

A Department of Agriculture program announced this winter will put $3 million toward encouraging farmers and ranchers in the Midwest to plant bee-friendly plants on the edges of their fields. That will help, but far more must be done. As I wrote in our TIME cover story on the subject last year, it’s as if the modern American environment itself is hostile to the health of honeybees. Even the hardest-working members of the animal kingdom can only take so much. 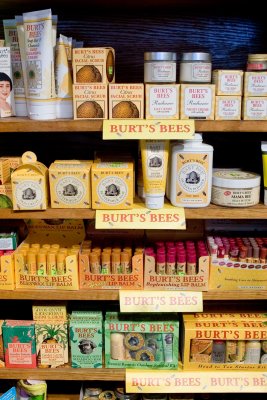 The Cool New Way to Get High Is Apparently To Rub Burt's Bees Lip Balm On Your Eyelids
Next Up: Editor's Pick