New York Yankees pitcher Michael Pineda walks to the dugout after he was ejected when a foreign substance was found on his neck in the second inning of a baseball game against the Boston Red Sox at Fenway Park in Boston, Wednesday, April 23, 2014.
Elise Amendola—AP
By Bill Saporito

It was miserable at Fenway Park last night, 50 degrees with a nasty wind, the kind of Spring weather where playing sure beats sitting in the stands. At least for most people. Yankees pitcher Michael Pineda wasn’t enjoying the game. He couldn’t get a grip. The weather had turned the baseball into a piece of ice, so after the first inning Pineda resorted to applying pine tar to his neck, and from there to the baseball. The second of those actions brought the umpires out to the mound. They quickly discovered the substance and chucked Pineda out of the game. And today, as expected, he was suspended 10 games for violating Major League rule 8.02 (b) which says it’s a no-no to use a foreign substance on the baseball.

There’s no rule, apparently, against being incredibly stupid. Pineda said he resorted to pine tar because he was afraid he might hit Red Sox batters if he lost control, a rationale that had Yankee fans asking: what would be so terrible about beaning a couple of Beantowners? Pineda had already been warned, by the same Red Sox after a similar incident in a game earlier this year, to at least be a bit more discreet about using the illegal substance, which is widely used by pitchers throughout the league. Pine tar doesn’t alter the flight of a baseball, the way spit would in the old days, so it’s been quietly tolerated. Within limits. If there’s one thing the Red Sox won’t tolerate, it’s cheaters who refuse to cheat by the rules. They have standards, you know. Hitters have no such legal impediments: they are free to use pine tar on the handle of the bat to improve their grip on the lumber, although batting gloves now make that less necessary.

In an age of synthetic everything, why would you even bother to use pine tar? It’s an old product, one of colonial America’s first big exports. According to the University of North Carolina libraries, by pre-Revolutionary times, tar, pitch and turpentine was extracted from the state’s plentiful pine trees (basically by cooking them) and sent back to the motherland for maritime use. (No, cricketers do not use pine tar on their bats. They cheat differently over there.) Sailors of the period wore overalls and broad-brimmed hats made of a tar-impregnated fabric called tarpaulin, according to the Naval History & Heritage Command. Hence, sailors became known as tars or Jack Tars. Baseball fans should be happy to know that the fabric evolved into another useful product—the big fabric that covers baseball infields during rain delays today is still called a tarpaulin, although it’s now nylon based. (UNC’s “Tar Heel” nickname is derived from the same substance, but that’s another, somewhat convoluted story.)

Pine tar was the duct tape of the maritime—and no doubt in use in the harbors of Colonial New York and Boston. Sailors used pine tar to keep their hair in place, to prevent rope from rotting and to keep rigging working properly in the salt air. The same stuff was also used to seal the deck boards and preserve the wood. The gap between plank decks was filled with something called oakem, and then locked in with pine tar and pitch.

Down on the farm—where Pineda may be heading after his suspension—pine tar has other uses. The Murray McMurray Hatchery of Webster City, Iowa (The World’s Rare Breed Poultry Headquarters) sells Bickmore pine tar as a natural antimicrobial for treating horse hooves and to cover wounds caused by pecking. Apparently, the bully hens get turned off by the sticky stuff, so they stop picking on hens lower down the batting order.

In the Yankee pecking order, Pineda was the fifth starter, fighting for a regular place following career-threatening injuries that kept him out of the big leagues for two seasons. He’s pitched well enough, but he’s lost something off his fastball. He either needs to learn how to pitch better in cold weather — or cheat better. By the time Pineda comes off his suspension, though, the temperature should have warmed nicely. 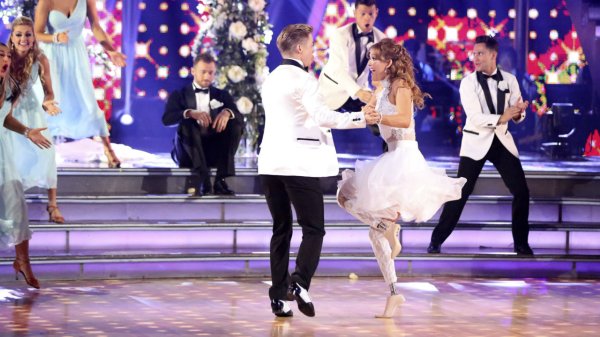 Amy Purdy Shows Off Prosthetic Feet on Dancing With The Stars
Next Up: Editor's Pick