Workers at a Volkswagen plant in Tennessee voted against United Autoworker representation by a margin of 87 votes Friday night, in a painful defeat for the U.S. labor movement seeking to gain a foothold in the traditionally labor-hostile South.

The UAW, which had placed a high stake on its push to expand labor representation to the South, was defeated in a 712-626 vote at the Chattanooga plant, the Associated Press reports.

The UAW has pushed hard to expand into the South, where foreign auto companies have 14 assembly plants and have expanded in the region in recent years. The vote leaves the union confined to the Midwest and Northeast.

Outside groups had joined the fight, with the vociferous union opponent Sen. Bob Corker (R—Tenn.) claiming Volkswagen would probably not build a new SUV at the plant if workers allowed the the union to represent workers.

Volkswagen later denied Corker’s statement that expansion at the plant was dependent on a no-union vote. Other state lawmakers threatened to cut off tax incentives for the plant if workers unionized.

UAW president Bob King, who has said that organizing a plant in the South is crucial to the future of the labor movement, said he was outraged by “outside influence” at the plant.

“It’s never happened in this country before that the U.S. senator, the governor, the leader of the House, the legislature here, threatened the company with no incentives, threatened workers with a loss of product,” King said.

Volkswagen, which has a strong union structure at home in Germany, gave the UAW tacit support, allowing organizers to pitch the union to workers in the plant and endorsing a unionized workforce. The plant may have been the union’s best shot to organize in the South, analysts have said. 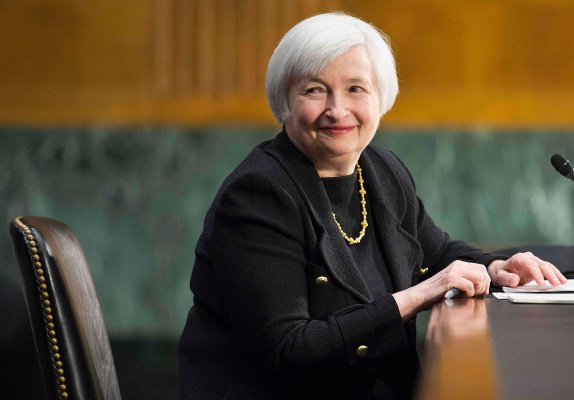 Janet Yellen Is the Future of Powerful Women
Next Up: Editor's Pick