There are a lot of jour­nalistic reasons to publish lists—they simply haven’t been discovered yet. Businesspeople, however, have found tons of great business reasons for creating lists, one of which is that you can appeal to targeted demographics. So if my editors would cater their choices directly toward the most valuable demographic instead of creating a TIME 100 list that tries to impress all its readers, TIME’s businesspeople would be much happier. And they’re the ones who give me free tickets to baseball games.

To help them, I’ve created my own list, the 100 Most Influential People to the Most Influential Demographic, or the Most 100 for short. To find out exactly who I should cater the list to, I called Kara Buettner, a media strategist at OMD Media Direction who places ads for huge companies. She told me to aim directly at American 18-to-34-year-olds, skewing 60% female since women read more, buy more and share more. Men just watch sports and videos of 18-to-34-year-old women.

Since Buettner is herself a 25-year-old woman, I asked her what her people are influenced by. She told me that I shouldn’t bother with scientists and economists or even world leaders. “When those are on the list I always think they had to put them on there to balance out the superficial stuff,” she said. The sad thing is, I think the TIME editors who make the TIME 100 think the exact opposite.

To get a firmer handle on young women, I called Joanna Klein, a senior vice president at the CW, a network aimed at 18-to-34-year-old women. She agreed that I should stay away from politics. “They can’t relate to a world leader,” she explained of her demo. “That’s why we feel those zombie shows are popular right now. Zombies represent government and an older generation not being able to change their ways.” If Senator Mitch McConnell loses, he can definitely get a role as a zombie on a CW show.

Influencers for young adults, Klein said, fall into four categories: step skippers, who succeeded without working their way up (Kim Kardashian, Mark Zuckerberg); VIPs, who have access to all the increasingly disparate realms of influence (Beyoncé, Jay Z); authentics, who don’t apologize for being unique (Lena Dunham, Edward Snowden); and customizers, who craft information to a select audience (Jon Stewart, ­Tavi Gevinson). I have no idea if this is true, but I do know that I am going to steal this idea to charge huge corporations tons of money for speeches on how to reach millennials.

For the 40% of the list tailored to men, I depended on Thomas “Baby Balls” Morton, a writer, editor and on-air reporter at Vice whose job title is “Figure of Importance.” He agreed that I should avoid world leaders and focus on the entertainment-industrial complex. Baby Balls, however, did strongly suggest José Mujica, the President of Uruguay, who legalized pot. Generally, Baby Balls said, I needed to pick cool guys. “It’s dudes whose lives they want to have. I want to get lightly buzzed and go street-racing a Lamborghini,” he said. “I want to have that option at the very least.” If there is someone named Big Balls at Vice, I deeply fear what his dreams involve.

I produced my list after hours of careful deliberation, followed by a realization of just how many 100 is, at which point I just threw in anyone who flashed into my head. Surprisingly, 9% of the people on my list were also on the TIME 100, including Miley Cyrus, Beyoncé, the Pope and the weed-legalizing President of Uruguay. Not surprisingly, the few non-Miley TIME 100 selections that were an attempt to sell out to the kids and be cool were way off: ­Matthew McConaughey, ­Jason Collins, Benedict Cumber­batch, Seth Meyers and Charlie Rose.

My list, meanwhile, will generate far more social-media chatter than the TIME 100, since it includes five YouTube stars, someone called the Man Repeller, the founder of Nasty Gal, every single Kardashian and a woman who is famous for taking butt selfies. It has three models, whereas the TIME 100 has only one; three DJs to their zero; and two more members of the Insane Clown Posse than they have.

By making this list without any committee, system or rereading, I am a step skipper, an authentic, a VIP and a customizer. And while I may not affect economics, diplomacy, technology or academics, I do have nearly a million Twitter followers. And that is what the businesspeople care about. 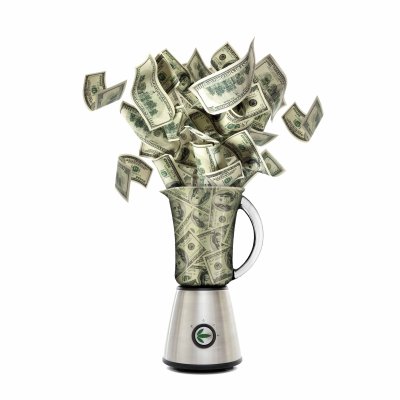 Living My Best Herbalife
Next Up: Editor's Pick