Further Sanctions on Russia Are ‘Teed Up’ Obama Says

President Barack Obama has announced that the implementation of a new round of sanctions against Russia might be only a matter of days, “not weeks”, away and noted that such measures were already “teed up”.

He was speaking at a press conference during a visit to Tokyo.

“We continue to see men taking over buildings, harassing folks who are disagreeing with them … and we haven’t seen Russia discouraging that,” said Obama, referring to the seizure of public buildings in several towns and cities in east Ukraine by pro-Russian separatists. He also went on to criticize the Kremlin for failing to abide by the “spirit or letter” of an accord hammered out on the Ukraine crisis in Switzerland last Thursday.

The threat of new penalties comes after the U.S. expanded targeted sanctions against aides and business leaders with ties to Russian President Vladmir Putin late last month, in the wake of Russia’s annexation of the Crimean peninsula.

Meanwhile, Russian Foreign Minister Sergey Lavrov accused the U.S. of colluding with Kiev and failing to hold up its end of the Geneva deal.

“I don’t have any reasons not to believe that the Americans are running the show in a very close way,” said Lavrov during an interview with Russia Today on Wednesday.

During the course of the interview, Lavrov accused the White House of focusing on unrest in eastern Ukraine but failing to put pressure on Kiev to disarm the armed nationalist group Right Sector, which Moscow claims engaged pro-Russia groups at Easter in a deadly skirmish that killed at least three people. Kiev has dismissed the skirmish the work of provocateurs.

Lavrov went on to suggest that further attacks against ethnic Russians in the region could ignite military action from the Kremlin. “Russian citizens being attacked is an attack against the Russian Federation,” said Lavrov. An estimated 40,000 Russian troops are massed near the Ukrainian border and poised for battle, according to NATO’s high command. 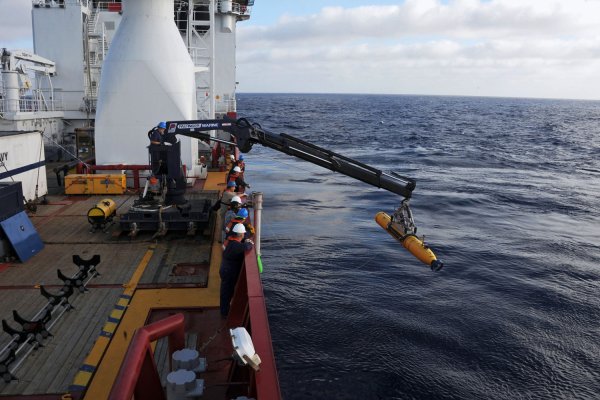