Richie Incognito Is the Bully the NFL Deserves

Paul, Weiss, Rifkind, Wharton, and Garrison, LLP earlier today released its exhaustive, NFL-commissioned report (PDF) on the midseason contretemps in the Miami Dolphins locker room that prompted the departure of tackle Jonathan Martin and the suspension of guard Richie Incognito. The report concluded — as though there were any other possible outcome — that Incognito (and two other linemen, John Jerry and Mike “Free Hernandez” Pouncey) had bullied the green, brainy, vulnerable Martin, with racial slurs and dirty joke-threats toward his sister and mother, to the point where he had to depart the team.

The investigators do fine work at reconstructing all of the harassment that occurred, from the time Jim Turner, the offensive line coach, participated in gay jokes about another player to the time Incognito, Jerry and Pouncey wore Japanese-inspired headbands on the anniversary of Pearl Harbor to mock a trainer. They recreate bad scenes in lunchrooms and at parties, and they extract wisely from the trove of text messages made available to them.

It’s all terrific reporting, and totally lacking context. The report over and over again mentions the workplace, and what is appropriate in the workplace. Well, what do these men do for work, at their workplace? “Not an ordinary workplace,” as the report’s conclusion, doesn’t quite cover it. The employees slam into people running at them, over and over again. Sometimes they slam into someone’s upper body, and sometimes they go for the legs. In their free time, when they’re not slamming into others, they train, so that they can weigh more, with more muscle and less body fat, for the next time they slam into others. And they better, because the people coming after them are in all likelihood more fervid than they are.

This is violent labor — labor, indeed, performed at a higher level when further violence is added.

There are, naturally, plenty of football players who would never behave the way Incognito and his cronies did. Many can compartmentalize the game they play, and model good behavior for all their fans and intimates, and thereafter graduate from the NFL to great things: even, in Byron White’s case, to the United States Supreme Court. (Incognito doesn’t appear to be headed that way, but the report does indicate that he plans to move back to Arizona, which assuredly will offer him all kinds of tantalizing possibilities for public office.)

But it’s hard not to notice many examples of lingering violence in retired players, both as scars and as method. In some especially sad cases they converge. So where does emotional violence like that which Martin faced come from? Does it come from a workplace with lax standards? Will telling football players to be more sensitive toward one another make them act that way? It’s a nice thought in February, nearly two weeks removed from the last whistle, approaching the happy and fertile moments of the combine and the draft. But ask again come August when you hear the first crack of two helmets against one another. 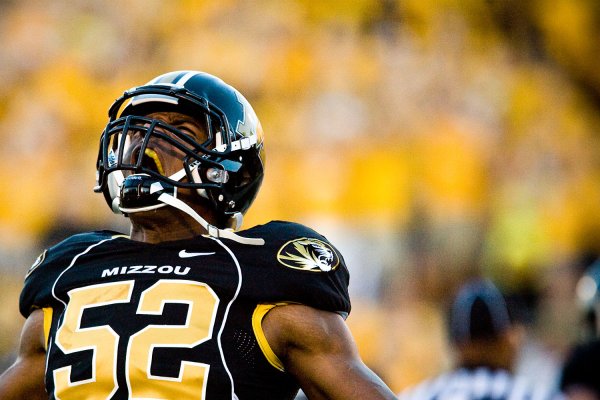 Michael Sam Will Be OK
Next Up: Editor's Pick