Wives Are Now More Educated than Husbands In the U.S.

For the first time in 50 years, the educational balance among married couples has tipped towards women. Wives are more likely to be the better educated partner than the other way around. The trend is particularly sharp among newlyweds; in 2012 almost 40% of college educated women were married to a guy without a degree.

This is a big reversal from the 30 year trend between 1960 and 1990, when it was the men who were marrying down, educationally speaking. The difference is not yet huge; Pew researchers, using data from the American Community Survey and the Decennial Census, found that in 2012, 21% of wives had advanced further academically than their spouses, while 20% of husbands were the more educated ones. But it appears to be growing; counting just newlyweds (those married in the 12 months before the survey), more than a quarter of the women had chosen a partner with less education, while 15% of men did the same.

The trend is not necessarily due to the fact that women are smarter than men. More women than men have been graduating from college at all levels—bachelors, masters and doctoral—for several years, so it was simply a matter of time until the marriage pool reflected that.

While most married couples still have similar education levels, that percentage too is dropping. In 1960, 80% of couples were equally educated. Five decades later that figure has fallen to 60%. This is despite the increasing tendency of college graduates to marry each other.

“Adults with high school or less education are much less likely to marry,” writes Pew researcher Wendy Wang, who authored the new report. “The marriage rate among this group plummeted—from 72% in 1960 to 46% in 2012.” Three quarters of American wives in 1960 were married to guys who, like them, had a high school education or less. Sometime during the 80s, the share of married folks who both didn’t go to college slipped below 50%. And so it has continued, so that in 2012, almost as many marriages are made up of two spouses with college degrees (22.4%) as two spouses who only went to high school (24.2%). About 12% of marriages are made up of couples with some college education.

Read More: Why a Little Less Marriage May Be a Good Thing

Many experts have weighed in on why why marriage has fallen out of favor among the less educated. One of the reasons seems to be that marriage, which used to be like the draft—more or less mandatory—is now more like voting: people aren’t quite sure what’s in it for them. With advances in birth control and women’s earning power, the need for a permanent legal union seems less obvious.

The high divorce rate in the 80s may also have rattled some who grew up in that era. Other researchers, notably Andy Cherlin, have suggested that because marriage is still popular among the better educated—and weddings are more lavish than ever—it has taken on the qualities of a status symbol or a merit badge that you earn as you get your life/career/finances in order.

It’s a trend that worries some sociologists, who note that the bearing of children has not slowed at the same pace as weddings have. More than 40% of all children are now born to single mothers. Married people are much less likely to live in poverty than unmarried people, and the children of families with two parents tend to fare better across a series of measures than those of single parent families.

What has not yet been conclusively proved is which is the the predicating factor, the lack of money or the lack of a wedding ring. It may be that people with less money are less likely to get married. And government programs that encourage marriage have not yet yielded overwhelming improvements in the poverty statistics.

Sociologists have also suggested that the tendency of college graduates to marry one another has exacerbated income inequality, as two high earners, male and female, form a home, rather than two high earners, both male, providing for two households. If women start to marry less educated and lower earning males in bigger numbers, it’s possible that may be partially reversed. This however, would require a serious rethinking of expectations on the part of both genders. 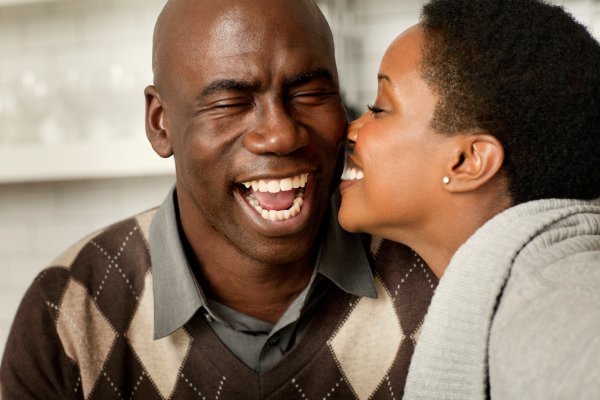 Babe, Baby, Boo: Why Couples Can't Cut Out the Baby Talk
Next Up: Editor's Pick