Scars and the Smell of Grass: One Survivor's Lasting Reminders of Genocide

By Francesca Trianni and Diane Tsai

More than two decades after the Rwandan genocide, the smell of grass in the summer still gives Consolee Nishimwe nightmares.

Between 250,000 and 500,000 women were raped during the 1994 genocide in Rwanda, according to the United Nations. At 14, Nishimwe survived a brutal attack that left her emotionally and physically scarred for years. As a result of the assault, she is now HIV positive. Her father and brothers—aged 18 months, 7 and 9—were all killed.

This week, as Rwanda’s government commemorates the 21st anniversary of the genocide, many survivors like Nishimwe are faced with unavoidable reminders of the physical and emotional toll of the conflict.

When asked about forgiveness, Nishimwe, who now lives in New York City, spoke of a work in progress. “That’s a really difficult word,” she said. “I think I did… I think 20 years is still early to me.”

Nishimwe’s book, Tested to the Limit: A Genocide Survivor’s Story of Pain, Resilience, and Hope, is an account of her experience as a survivor. 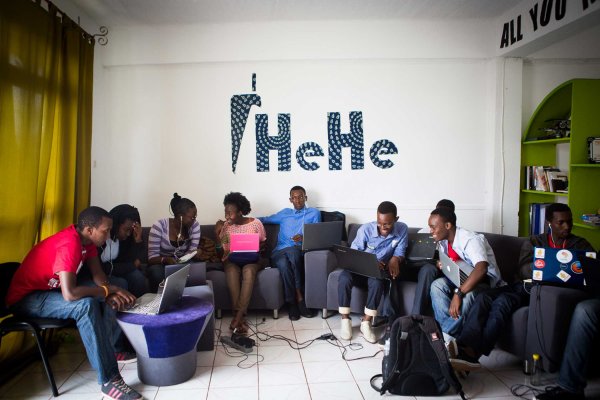 Inside the Tech Revolution That's Turning Rwanda Around
Next Up: Editor's Pick