Frozen just won’t “let it go” — the soundtrack to Disney’s Oscar-winning hit is now the longest-running No. 1 soundtrack from an animated movie.

The album has held the top spot of the Billboard 200 for 11 weeks, beating out the previous record-holder, 1994’s The Lion King soundtrack, which hit No. 1 for 10 weeks. Last week was also the Frozen soundtrack’s biggest sales week ever since its November release, shifting 259,000 copies — almost double the previous week’s 133,000.

Billboard reports that the album, which has sold 2.3 million copies to date, benefited from Easter holiday shopping, as family-friendly albums from One Direction and Kidz Bop also experienced major sales boosts during the same period. Yet even the world’s reigning boy band can’t compete with Kristen Bell singing like a baby about snowmen. 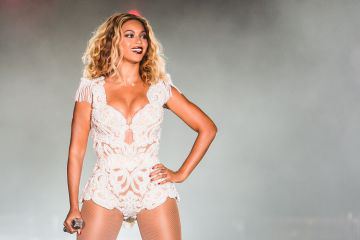