HBO Just Made a Brilliant Move to Hook Younger Viewers

HBO and Amazon aren’t only targeting their shared enemy, Netflix, with their major content licensing deal announced Wednesday. They’re going right after me and my friends, millennials aged 18-25, because we’re vaguely aware The Sopranos and The Wire were pretty great shows, but we were way too young to catch ’em on their first go.

The Sopranos, the most influential show included in a deal that will bring older HBO content to Amazon Prime subscribers even if they don’t separately subscribe to HBO, ran from 1999-2007. That means when Tony Soprano was first beamed into HBO subscribers’ homes, I was eleven years old, more interested in Nickelodeon offerings like Spongebob Squarepants or Rocket Power, both of which premiered in the same year. (HBO is a unit of TimeWarner, which also owns TIME.)

My generation’s tastes changed as we grew older, but it’s tough to fight society’s demands that we spend our time watching whatever’s hot at any given moment, lest we fall out of cultural relevancy. Some college friends watched The Sopranos or The Wire on DVD, but most of us preferred to spend our TV time making sure we were catching the moment’s hot shows, like The Office, The Walking Dead or It’s Always Sunny in Philadelphia—we just didn’t have time for outdated stuff, regardless of how good it was.

Now, though, we want to catch up on what we’ve been told was some pretty great television. While some of us have HBO GO access for Game of Thrones and True Detective (thanks, Mom and Dad!) many of us don’t, because it’s still pretty expensive to add HBO service to most cable packages and we’re kind of broke right now. But we do have Amazon Prime, because we buy lots of stuff online and we want it fast — Prime’s pretty affordable when you consider all the benefits (subscribing to HBO for the video content doesn’t mean I can also get HBO to send me new socks and a box of Cup Noodles in two days’ time).

That picking-and-choosing that everybody’s doing reduces the cultural pressure to be up-to-date on all the top shows: If we all tried to watch all these shows so we could talk about each and every one of them around the watercooler, we’d all lose our jobs, and with them our access to the watercoolers to begin with. That’s lose-lose.

So, if you’ll need me, I’m taking a break from trying to keep up with today’s TV so I can finally get around to The Sopranos. No spoilers, please. 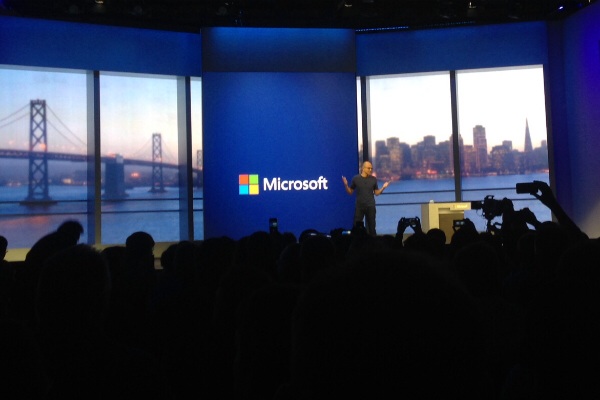 Microsoft's Brand New CEO Needs to Do Much More
Next Up: Editor's Pick