Voters in a Florida congressional district went to the polls Tuesday to elect a new representative following Trey Radel’s resignation this year after pleading guilty to cocaine possession. The winner was millionaire businessman and Tea Party darling Curt Clawson, who self-funded his campaign to the tune of $2.65 million. But the story of who won isn’t much of a surprise: A rich, white Tea Partier is not a new breed in Washington these days. It’s the story of who lost that’s more telling for the GOP: Florida state Senate Majority Leader Lizbeth Benacquisto.

Benacquisto was the establishment favorite for the seat and had the most political experience by far. Her supporters in Tallahassee spent almost $300,000 in Super PAC money to help get her elected and she received money from Republican Reps. Aaron Schock and Jason Chaffetz. Not to mention former Alaska Gov. Sarah Palin came and campaigned for her.

But while she raised almost $1 million in less than three months, Benacquisto couldn’t compete with Clawson’s self-funding. Nor could she keep pace with the nastiness of the special election.

During a midterm election cycle in which establishment candidates are generally beating back Tea Party challengers, it’s striking how many female House GOP candidates have lost primaries or are trailing in both polls and in fundraising. In statewide elections this year, Republicans have succeeded in attracting a host of qualified women who are running strong campaigns. But House candidates continue to lag. To date, House Republicans have 33% less women running this cycle than in 2012.

Theoretically, Benacquisto should have gotten help from Project GROW, the National Republican Congressional Committee’s push announced last year to help elect women. But that program has done little since failing to help Kathleen Peters, a Florida lawmaker, win a primary in another special election earlier this year. And the NRCC’s director of strategic initiatives and coalitions, Bettina Inclan, who ran Project GROW, made a rare mid-cycle jump from the NRCC earlier this month to a Florida consulting firm. Jessica Furth Johnson, the NRCC’s deputy executive director and general counsel, has taken over running to program, according to NRCC spokeswoman Andrea Bozek.

As I wrote earlier this week in a story about another neglected female House candidate, highly qualified Republican women are struggling to break through in House races this cycle. Female lawmakers on the state level tend to be more moderate and thus have a harder time competing in highly gerrymandered districts where primaries favor the most conservative candidate. And even if they are as conservative, women candidates also tend to be less bombastic, making it tough to break through on a rhetorical level. “The NRCC doesn’t endorse candidates in primaries,” Bozek says. “We work with all candidates in competitive races put together strong campaigns.”

At this rate, there won’t be many Republican women left standing come November. 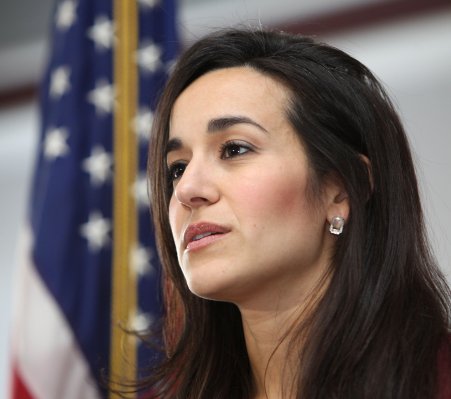 GOP's Women Candidates Struggle for Support
Next Up: Editor's Pick