It's Not TV: Why an Amazon Deal Could Keep HBO Relevant for the Post-Cable Era

A deal with Amazon Prime makes archival series like The Sopranos a bigger part of the all-you-can-eat streaming buffet.
HBO
By James Poniewozik

This morning, Amazon and HBO announced what amounts to an alliance in the Great Streaming Wars of 2014: For the first time, an Amazon Prime subscription will give you access to HBO’s archive of series, up to approximately three years ago. That means The Sopranos, Deadwood, and many other TV monuments that were only available through HBO are now included with your free shipping and future access to Jeff Bezos’ drone armada. (Current series like Girls will become available over time.)

I’ll leave it to others to analyze the business implications of this move, which, from where I’m sitting, boil down at least partly to Prime’s quickly ramping-up ambitions, partly to “The enemy of Netflix is my friend.” (Both Amazon and HBO are in direct competition with the streaming giant.) But at least one of the big motivations for HBO could be cultural: making sure that its legacy, and its brand, are not lost in the emerging canon of binge-watched TV.

(Disclaimer: HBO is currently a sister company of TIME in Time Warner, though that will change when publisher Time Inc. spins off later in the year.)

One of HBO’s defining features–and a source of zillions of dollars–is that it’s a closed system. You want to watch its shows, you had to subscribe to it, and thus, had to subscribe to cable. (With a few exceptions: you could watch bowdlerized edits of Sex and the City on basic cable, or watch series on DVD–like a caveman.) This was true not just for new episodes but the on-demand back catalog available through HBO GO.

This paywall approach meant a more limited audience, but one that was paying, and paying top dollar. (Or at least its parents/friends were, in the case of folks borrowing HBO Go logins to watch True Detective.) If only a fraction of the total TV audience had access to HBO, fine–the network was making millions off that fraction.

But as streaming became mainstream, through the likes of Amazon, Hulu, and Netflix, this meant a sizable chunk of the TV audience for whom HBO just didn’t exist. There was now a vast library of TV available on demand–and really good TV, from decades ago, from the recent past, from the present. If you didn’t want to get a $200+ cable subscription, you missed HBO, which was too bad, but there was always, say, FX and AMC shows–the final season of Breaking Bad exploded in the ratings, and that was attributed largely to a vast audience who had caught up on Netflix.

For a certain generation of TV connoisseurs, HBO was the standard of quality. But for another–especially younger ones, with Internet but no cable–it didn’t exist at all. Last year, TV critic and media-studies academic Anne Helen Petersen wrote about how her students, though highly savvy TV-lovers, were almost totally unaware of The Sopranos. Why? It wasn’t on Netflix. And if you’re a college student with little money but easy access to broadband, Netflix is a lot more attractive.

That might not matter for HBO right now; it’s still printing money by all accounts. But long term, that could make a big difference to its brand perception–that halo effect in which pop-culture addicts have the sense that they can’t be truly current unless they’re up to speed on its shows. And to the extent that HBO cares about its larger, non-economic cultural place (and it does), it could make a huge difference to the canon of Great TV in future decades. If you don’t give streamers more means of access, there will be a great big HBO memory hole that will just be filled in by Mad Men, The Shield, and Orange Is the New Black.

The new Amazon deal doesn’t mean there’s no point in subscribing to HBO, since it’s your only (legal) option for new episodes of Game of Thrones et al. But it shows that the network is recognizing a change in how people consume and discover TV–archivally, online, and all at once, as selected from a vast menu of TV’s past. If HBO wants to keep its cachet, it also needs to be part of the buffet. 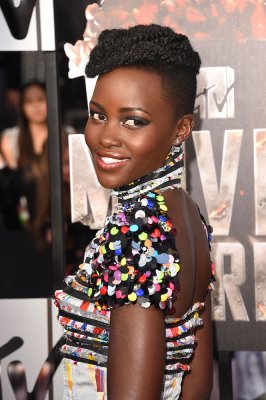