A lone demonstrator stands down a column of tanks June 5, 1989, at the entrance to Tiananmen Square in Beijing. The incident took place on the morning after Chinese troops fired on pro-democracy students who had been protesting in the square since April 15, 1989
CNN—Getty Images
By Zheng Wang

Twenty-five years is long enough to reflect on the real impact and consequences of an event. Unfortunately, for the Tiananmen Square protests of 1989, a major event that changed the country’s direction, one won’t find any discussion or reflection in the Chinese media. The Chinese people have a very strong historical consciousness, but their historical memory is always selective. In the past few years, I have given lectures and taught courses at several universities in China where, to my surprise, Chinese students from elite universities knew very little about this incident, even though most of them know a lot about the war between China and Japan that ended nearly 70 years ago. However, they cannot be blamed, as there is no access to open resources for them to learn the details of this event.

Over the past quarter century, China has experienced dramatic transformations. Many of these changes, positive and negative, can be traced back to the choice the regime made in 1989. After the student movement, the legitimacy-challenged Chinese Communist Party (CCP) made an unusual decision. They abandoned their approach of balancing economic reform and political reform that had been in practice since the first decade of China’s reform and opening up. For economic reform, they went to the extreme “liberal” and radical; for political reform, they went to the extreme “conservative” and rigid. This is the “1989 choice.” Basically, the government separated important issues so it could focus on priorities without trying to keep a balance.

As its top priority, the CCP has tried every means to maintain stability and social order. At the social level, it has tried to separate political life and social life. The government applies tight social controls and tries unthinkable methods to suppress possible activities by opposition forces. The government’s budget for maintaining social stability is higher than the defense budget. Compared with 25 years ago, today’s China has less freedom of speech. Although social media has created new channels to express opinions, today’s Chinese media control is stricter than that of the 1980s. However, in everyday life the government actually provides citizens with lots of freedom regarding non-political activities. Over 25 years, China has transformed from a Maoist state to an entertainment center. In recent years, however, we have seen a decline of morality, from corruption and scandals to a lack of beliefs and a focus on money. It is not an exaggeration to say that China is facing a social crisis.

At the same time, Beijing bravely embraced a market economy and globalization. The country became the world’s factory and benefited greatly from globalism. After China’s paramount leader Deng Xiaoping removed Zhao Ziyang, an advocate for market reforms, as party secretary in 1989, Beijing conducted economic reforms that were bolder than Zhao’s. Over the past 25 years, China has experienced significant economic development, such as going from the ninth world economy to the second world economy.

Many of today’s problems, such as corruption, pollution, and the development gap, can also be traced back to the government’s 1989 choice. The economic reform and opening up have brought China unprecedented wealth and power. However, like the recent story of a young Chinese man who sold his kidney to purchase a new iPad, China has paid a very high price with its environment, morality, and society for its development. After 25 years of rapid growth, the new administration has noticed that it is in a difficult situation regarding new sources of economic growth. Following the significant increase of Chinese labor wages, China is losing its competiveness as the world’s factory. The rapid growth of the real estate market has significantly contributed to China’s GDP growth. However, it is clearer that this path is unsustainable. It has already created a large housing bubble and become a source of social unrest.

Moreover, the government has tried to separate domestic politics and foreign policy. So the CCP is embracing nationalism in its domestic politics and using nationalism and patriotic education in order to strengthen the party’s legitimacy as the ruling party and to increase social cohesion. In terms of foreign relations, China has embraced globalism in the past 25 years. The government follows an open door policy, and joined the World Trade Organization. In recent years, however, we can see that this separation has created many problems. For example, the rise of nationalism has influenced China’s foreign policy-making more and more. Influenced by patriotic education and nationalist narratives, the younger Chinese generations have grown more nationalistic, and they strongly criticize the government for being soft in dealing with issues, such as the South China Sea and Diaoyu/Senkaku Islands. The government has already found itself in such a dilemma that it has very little flexibility to deal with external disputes with rising nationalism at home.

In 1989, the main claims of the pro-democracy movement included asking the government to conduct political reform, to curb corruption and privileges enjoyed by the children of top leaders, to publicize the income of the governmental officials, and to stop media censorship. After 25 years, it is quite unfortunate that all but one of these claims has yet to be realized. In fact, the situation in the above mentioned areas are much worse compared with 25 years ago. For example, since then we have witnessed enormous expansions of power by privileged officials and family members. Recent news reports have disclosed that several major industries crucial to economic development—such as electricity, oil and gas, and telecommunications—have even been manipulated by several families, such as former Premier Li Peng and ex-security tsar Zhou Yongkang.

The one demand that has been accomplished is the increase in education funding and the higher salaries for intellectuals. China’s rapid development growth has brought the regime huge resources to buy the loyalty of intellectual elites. Common interests have united scholars, entrepreneurs, and government officials who only 25 years ago stood divided in Tiananmen Square. Now they have become stakeholders and co-owners of the new China Inc. For example, professors in China’s top universities now regularly receive generous state funding for research. It appears that those in China at the top of the social ladder are content with sharing the dividends of their prosperity while singing the praises of market economy and the stability of single-party rule. Even though the 1989 choice and the extreme policies have created huge problems and dilemmas for the current CCP government, there is one thing that the government no longer worries about: today’s intellectuals and college students are concentrating on making money and realizing their own personal Chinese dreams of power and wealth. Thus, it is highly unlikely they will take to the streets again.

Zheng Wang is the Director of the Center for Peace and Conflict Studies Seton Hall University and a Global Fellow at the Woodrow Wilson Center. He is the author of Never Forget National Humiliation: Historical Memory in Chinese Politics and Foreign Relations, which is the winner of the International Studies Association’s Yale H. Ferguson Award. 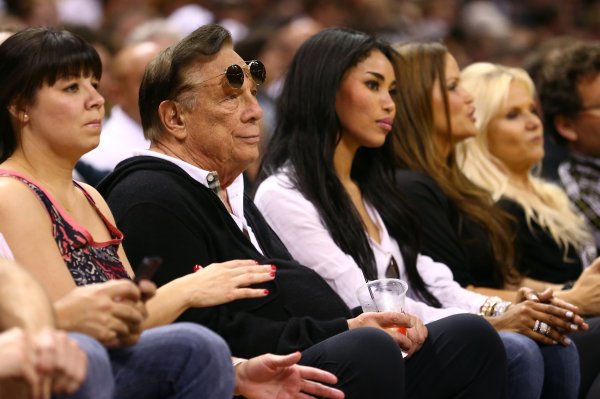 Los Angeles Is Too Weak to Make Donald Sterling Repent
Next Up: Editor's Pick