Pope Benedict XVI during his general audience in aula Paolo VI at the Vatican, on July 27, 2012.
Evandro Inetti—Zuma Press
By Christopher J. Hale

A few weeks ago, TIME named Pope Francis its 2013 Person of the Year. And rightfully so: Francis’s nearly 11-month papacy has revolutionized the Catholic Church and its standing in the world. By his words and actions — including rejecting the apostolic palace, washing the feet of Muslim women, and saying that gay people are loved by God and have a place in the Church — Francis the Rebel has made it cool to be Christian again.

If the Church is indeed undergoing a revolution, it is important to note that Francis himself did not fire the first shot. That feat belonged to his predecessor, Benedict XVI, who a year ago today announced his stunning decision to voluntarily renounce his office.

Benedict’s lesson for his Church and the world was clear: I love you. I choose you. You matter to me more than anything else.

But if you read the media accounts of Benedict and Francis today, the story could not be more different. Benedict is often portrayed as the anti-Francis.

In Rolling Stone’s recent cover story on Pope Francis, Mark Binelli lays into Benedict, whom he refers to as a “dour academic” and a “staunch traditionalist who looked like he should be wearing a striped shirt with knife-fingered gloves and menacing teenagers in their nightmares.”

Binelli’s mean-spirited antics were rightly rejected by Francis’s spokesman, Jesuit Father Frederico Lombardi, and prominent Catholic voices including American priest Father James Martin. Francis himself has high praise for his predecessor, whom he calls “a man of courage and humility.”

But, sadly, these false caricatures of Benedict still get wide play in popular culture. As we mark the year anniversary of his resignation, it’s time to set the record straight: Benedict — like Francis — is a humble man who has faithfully served God and the Church.

Benedict came into office during a strange and difficult time for the Catholic Church. The introvert pope had to replace the rock star Pope John Paul II during a time of great trial for the universal Church, which had been rocked by the sex abuse scandal in the United States and throughout the world.

Amidst the difficulties, Benedict attempted to re-center the Church around Jesus Christ. And when the dust settled, Benedict appeared to do the job well. The man who was once dubbed by the media as “God’s Rottweiler” during his years leading the Congregation of the Doctrine of the Faith, perked the ears of people across the world with his eloquent writings about the purpose of living, the dignity of all persons — especially the poor and marginalized — and the great contributions religion can make in a pluralistic society.

To the surprise of many, Benedict’s teachings came back again and again to the central theme of God’s love. In his first encyclical, he wrote that being a Christian “is not the result of an ethical choice or a lofty idea, but the encounter with an event, a person, which gives life a new horizon and a decisive direction.”

And though his papacy was marred by public relations nightmares, when he himself spoke, people responded. Of particular note were his highly successful apostolic trips to the United States in 2008 and to the United Kingdom in 2010. Upon his departure from England, Prime Minister David Cameron said Benedict had compelled the increasingly secular English society “to sit up and listen.”

And Benedict too was a reformer. Several of the changes for which Francis is being credited, including addressing the sexual abuse scandal in a substantial way and overhauling the leadership of the Vatican Bank, began under Benedict’s watch.

But of course, Benedict’s greatest act for the Church was his last action. In a world obsessed with the cult of personality and power, he reminded us that the greatest among us are the ones who give it all up for the sake of others.

There’s no question that Francis is shaking up the Church in new and profound ways. But for those who thank God for the Francis Revolution that has taken hold of the Catholic Church, it’s now time too to thank its soft-spoken founder: Benedict the Meek. 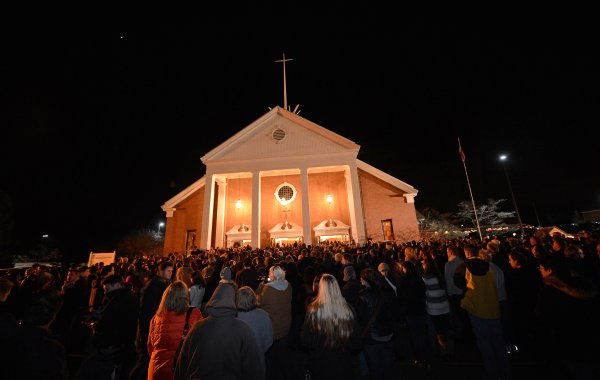 These Are The Most Godless States in America
Next Up: Editor's Pick