REVIEW: In The Other Woman, Sisterhood Is Silly

One tipoff to the desperation level in any romantic comedy: dogs. If the movie’s makers are flailing for laughs, they often summon some poor pooch to register reaction shots at the purported merriment. See? Cause it’s funny!

Melissa J. Stack and Nick Cassavetes, the writer and the director of The Other Woman, must have felt especially unconfident about their human characters, because they went whole hog (well, whole dog) with a Great Dane in the custody of Kate King, the wronged spouse played by Leslie Mann. When Kate visits the SoHo pad of her husband’s mistress, chic attorney Carly Whitten (Cameron Diaz), the beast unloads a few giant turds on Carly’s gleaming floor. Later, in a cramped sports car, it whiplashes Carly’s face with its very public private parts.

The female revenge comedy is as old as Lysistrata (411 B.C.) and, in movies, as fitfully popular as 9 to 5 (1980) and The First Wives Club (1996). So no one begrudges the racy, PG-13 rated The Other Woman for offering its comeuppance scenario against Kate’s serial philanderer husband Mark. Played by Game of Thrones’ Nikolaj Coster-Waldau as a kind of Aaron Eckhart 2.0, with equal parts charm and sleaze, he seems like Carly’s Mr. Right: thoughtful and generous as he pours on the love syrup. Even if he’s too good to be true, Carly says with a CinemaScope smile, “I just want to stay in the bubble, just a little while longer.” But the bubble bursts when Mark skips out on a date, citing drainage problems at his suburban home. Carly shows up in sexy plumber’s gear like the sexiest Strippergram, and finds Kate.

(READ: Our cover story on The First Wives Club by subscribing to TIME)

Comicplications ensue, a few involving the Great Dane, and build when the two women learn that Mark is sampling yet another side dish, the buxom Amber (Sports Illustrated swimsuit cover girl Kate Upton), vacationing with him on a Miami beach. “You smell amazing — what is that?” Kate marvels, despite herself. Amber: “I think it’s just sweat.” The mandatory trio of women — one smart, one frumpy, one sexy, like Jane Fonda, Lily Tomlin and Dolly Parton in 9 to 5, or Diane Keaton, Bette Midler and Goldie Hawn in The First Wives Club — may now officially convene. In Carly’s succinct phrase: “The lawyer, the wife and the boobs.”

We know Carly’s the brains: diplomas from Cornell and Columbia are prominently displayed in her office. And Kate is, for most of the movie, a screeching idiot — not just because she’s prone to self-flagellation (“I feel that I have to go to Brain Camp”) and panic attacks in the lobby of Carly’s law firm (“Does this window open?“) but because she repeats each of these lines about a half-dozen times. Looking far finer than she usually does in her husband Judd Apatow’s comedies, but channeling a few of Kristen Wiig’s most grating Saturday Night Live characters — say, a sour mixture of Gilly, Dooneese and Sexy Shana — Mann gives either a fearless reading of poor Kate or an unrelentingly shrill one.

The two stars are meant to provide comic counterpoint — Mann whining, “I’m sad,” and Diaz snapping, “Then cry on the inside, like a man” — but they often give the impression of appearing simultaneously in different movies. Diaz, 41, who’s been playing the sensible, likable siren for half her life (since The Mask in 1994) handles the badinage as if she’s in an upmarket romp with a three-digit IQ. It’s left to Mann, 42, to drag Diaz into the clumsy farce gags, as when she shoves her out of a second-story window or pretends Diaz’s legs are her own after they stumble into some shrubbery.

The same bifurcation applies to the supporting male characters: Don Johnson as Carly’s five-time-divorced dad — the last time from one of his daughter’s sorority sisters — and Taylor Kinney (Chicago Fire) as Kate’s impossibly sweet and handsome brother. Kinney’s only function is to give Diaz an eventual dreamboat mate, as Coster-Waldau’s is to be ritually humiliated, the way every cheating skunk should. The estrogen and hair-removal supplements that Kate has been putting in Mark’s morning health drink have given him prominent nipples and a patch of baldness — embarrassments that somehow disappear before his tryst with Amber. His final unmanning, complete with broken nose, is served up at Carly’s office by the now-empowered female trio.

(READ: Richard Schickel on Cameron Diaz in What Happens in Vegas)

And yet, all three women are less watchable and amusing that Nicki Minaj as Carly’s legal assistant Lydia. Here’s someone who enjoys a job she doesn’t feel the need to excel in — “It’s like having a hobby that pays well” — and dispenses the working-girl wisdom that “Selfish people live longer.” In her first onscreen movie role (after voice work in Ice Age: Continental Drift), the rapper proves herself star material. Utterly relaxed, she delivers her lines in a silky or growly tone and represents the note of skepticism that The Other Woman could use more of.

Instead, Minaj disappears while the film goes away, and awry, with the lawyer, the wife and the boobs. Also, the dog. 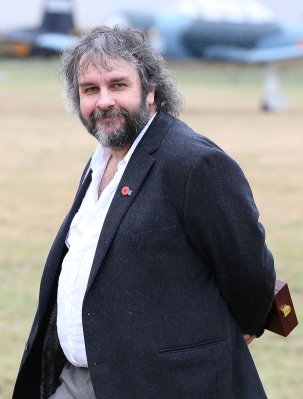 Bilbo No He Didn't: Jackson Renames Hobbit 3
Next Up: Editor's Pick