The revived sexual abuse allegations against filmmaker Woody Allen have become the newest gender-war battlefield. Renewed claims by Allen’s 28-year-old adopted daughter, the former Dylan Farrow, that he sexually assaulted her more than two decades ago have generated an intense debate about the facts and the issues. Yet some voices, all from the feminist camp, are saying that there shouldn’t be a debate at all: We must “believe the survivor” and condemn the perpetrator. While allegations of child abuse certainly should be taken seriously, the assumption that such an accusation equals guilt is repugnant and dangerous — not only to innocent men but to women too.

Writing for The Nation, Jessica Valenti argues that if we believe Dylan Farrow’s account leaves any room for doubt, it’s because “patriarchy pushes us to put aside our good judgment.” After all, says Valenti, we know that sexual violence against women and girls is pervasive and vastly underreported, and victims come forward at great personal cost.

What about the fact that the charges were originally made during a bitter breakup and custody dispute between Allen and Dylan’s mother, Mia Farrow? If you think this is relevant, the feminists say, you are embracing the misogynist myth of vengeful women using sexual abuse allegations as a weapon. In fact, asserts Zoe Zolbrod in Salon.com, “research shows that it is not more common for accusations made during custody battles to be proved false than it is for any other sex abuse accusation,” with only 1% to 6% of abuse charges found to be maliciously fabricated; what’s more, writes Zolbrod, custody-related false accusations usually come from fathers, not mothers.

But these claims are contradicted by a major Canadian study that tracked more than 11,000 reports of child abuse and neglect in Canada in 2003. While reports of sexual abuse made during custody or visitation conflicts are fairly rare — the study identified 69 such cases — they are also quite likely to prove unfounded. Child protection workers substantiated just 11% of these charges, while 34% were “suspected” to be valid but not fully confirmed; 36% were classified as unsubstantiated but made “in good faith,” and 18% as deliberately false. By contrast, the rate of false allegations for all child sexual abuse reports was 5%. (The claim that malicious accusations in custody disputes come mostly from fathers is based on an earlier phase of the same study. However, fathers’ false reports were overwhelmingly of child neglect and sometimes physical abuse; false charges of sexual molestation were more likely to come from mothers.)

(MORE: Dylan Farrow’s Child-Abuse Accusations: What We’ve Learned About When and How Children Should Confront Abuse)

In a 2007 U.S. survey of child welfare workers, 80% reported having seen cases in which a child was coached to make false allegations of sexual abuse, usually by the mother in a custody dispute; more than a fourth said they had encountered 20 or more such cases. Notably, as author Kathleen Faller pointed out, these estimates came from professionals inclined to be supportive of children; it is also worth noting that three-quarters of them were women.

Research cannot tell us anything about the specific allegations made against Allen in 1992. But it does show that, statistically, there is at least a 50-50 chance that sexual abuse charges brought in such circumstances are groundless — either deliberately false, or sincere but mistaken. And the lines between malice and mistake are not always clear. When you’re ready to think the worst of your ex, innocent parent-child contact — playful roughhousing, cuddling, helping a child get dressed — can seem suspect.

In the Allen/Farrow case, this is magnified by Farrow’s discovery that Allen, her 56-year-old longtime partner, was sexually involved with her adopted daughter. While Soon Yi Previn was an adult (her birthdate is unknown but her age was in the range of 18 to 20) and Allen had never acted as her stepfather, even his defenders generally agree that the affair was sordid and grossly inappropriate. While this does not make Allen a pedophile, Farrow may well have seen the relationship as quasi-incestuous child abuse, coloring her perception of his conduct toward Dylan.

(MORE: When Bystanders Are as Bad as Abusers)

Does Dylan Farrow’s present-day insistence that she was abused by Allen prove that it’s true? Not necessarily; children can be coaxed into false memories, especially when they want to please an adult, and such memories can last. Some of the now-grown “victims” in the day-care sexual abuse scandals of the 1980s, now widely recognized as hoaxes, still believe that they were abused and claim to have painful flashbacks. Of the dozens of children who testified in the notorious McMartin Preschool case in California, only one has recanted.

The claims and counterclaims over Dylan Farrow’s accusations and Woody Allen’s defense will keep flying, with partisans lining up on both sides. I have, for the record, no strong investment in Allen’s innocence; I am not a major fan of his work or his person, both of which display an obnoxious streak of narcissism. My concern is with the attacks on the presumption of innocence — perhaps “only” in the court of public opinion, but with likely spillover into the legal system — and the state of our conversation on gender.

It is appalling when a feminist blogger derides talk of the presumption of innocence and calls for hearing both sides as ways to “undermine the victim”; when Nicholas Kristoff, the New York Times columnist who published Dylan Farrow’s letter on his blog, gets attacked for merely conceding that we cannot be sure of Allen’s guilt; when people who raise questions about the evidence are bashed as rape apologists and misogynists. It is particularly appalling when Valenti, hailed as a leading feminist voice of her generation, asserts that we must “start to believe victims en masse.”

Such arguments are ostensibly rooted in female solidarity. Indeed, Valenti seems so unconcerned with male lives that she even ignores the molestation of boys — who reportedly account for up to 40% of sexually abused children — and mentions only girls’ victimization. This brings to mind the words of British philosopher Janet Radcliffe Richards in the 1980 book, The Skeptical Feminist: “No feminist whose concern for women stems from a concern for justice in general can ever legitimately allow her only interest to be the advantage of women.”

Yet undermining the presumption of innocence is not good for women, either. In the 1980s, the first wave of feminist zealotry on child sexual abuse — based on the idea that such abuse was a ubiquitous patriarchal atrocity and even a tacitly condoned method of training girls into submission — helped feed the day care sex-abuse scare and the rise of “recovered memories” of incest. Feminists, including recent Presidential Medal of Freedom recipient Gloria Steinem, played a shameful role in promoting this frenzy. Then, too, the battle cry was, “Believe the victims.” And the real victims included many women.

(MORE: Is It Still O.K. to Have a Favorite Woody Allen Movie?)

Some were day care workers like Margaret Kelly Michaels, the New Jersey preschool teacher who spent five years in prison before being exonerated. Some were mothers and grandmothers like Shirley Souza, the Massachusetts woman convicted of child molestation after her grown daughter underwent recovered-memory therapy and two granddaughters were heavily pressured to “disclose” abuse. Some were patients like Patricia Burgus, who sought treatment for depression and was brainwashed into believing she was raised in a satanic cult, repeatedly raped, and forced to participate in cannibalism.

Feminist dissenters who questioned the panic, such as psychologist Carol Tavris and journalist Debbie Nathan, were accused of colluding in anti-woman backlash. In 1993, after the left-wing magazine Mother Jones ran a critical story on recovered memory, Harvard psychiatrist Judith Herman accused the magazine of promoting “the myth that hysterical women fantasize about sexual abuse” and siding with men’s attempts to silence and discredit women who speak out about sexual violence.

Today, few doubt that Mother Jones was right and Herman was wrong. Yet similar attacks continue on those who won’t toe the “Stand with Dylan” party line.

Perhaps we still haven’t learned the larger lesson. A movement that demands belief in one person’s accusations against another as a matter of faith, not fact, is not a movement for justice. It is a lynch mob waiting to happen.

Cathy Young is a contributing editor at Reason magazine. You can follow her on Twitter at @CathyYoung63. 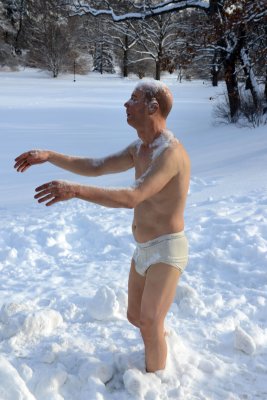 Man Up, Wellesley: You're a Generation of Sheltered Children
Next Up: Editor's Pick