LoveRoom and Other Apps That Should Be Reality Shows

Reality shows have been putting humans together in twisted ways for more than a decade now, but like everything else, apps are now involved. LoveRoom is like the demon love child of Airbnb and Tinder; the premise is that hosts can use this social platform to rent out their spare rooms to hotties who just might have sex with them. And if its creators have their way, some of these antics will be fodder for broadcast TV.

To be clear, LoveRoom doesn’t have any official relationship with either AirBnB or Tinder, but they might as well be family. This mash-up of 21st century convenience apps is casting its own reality show founder Joshua Bocanegra told BetaBeat. An announcement on LoveRoom’s website says the show is seeking “sexy singles” with “dynamic personalities” who are “looking for love — or maybe just a hookup — in their cities.” (Which is of course way different from all the reality shows who want to cast people with boring personalities who hate sex.)

Bocanegra didn’t reveal which production company he’s working with, or any other details of the show, but he did say that the show would be “on national television” by October even though the concept hasn’t been picked up by a network yet. Sounds a little sketchy on the details, but that didn’t stop us from thinking of other app pairings that could make the leap to reality TV.

The app would sync your Words With Friends challengers with daily romantic matches from Coffee Meets Bagel. The reality show could be a couples Words With Friends round-robin tournament where contestants with dynamic personalities and large vocabularies have to choose between love and victory.

CandyCrush is already supremely addictive, but what if you could win cash? CandyCost the app would match users against specific players so you could put real money on the table (if that were legal.) The reality show can place 20 drama-loving contestants on a deserted island and them face-off on high-stakes CandyCrush games. Think Survivor meets the Player Channel.

The app would set you up with friends of friends who are reading the same chapter of the same book. The reality TV show would be the Oprah’s Book Club of love. Everyone would have to take a reading quiz at the end of each episode, and the person with the lowest score gets eliminated. Oh, and everyone has to wear bathing suits the whole time.

The app would tell you which friends are close by and want to split a food order with you. The reality TV show would feature 20 contestants who battle to agree on what to order for dinner. The hitch is that each contestant has a food allergy, but nobody knows about anybody else’s allergies.

The app would tell you how to make the food you see on Instagram. The TV show would make amateur chefs compete to prepare food found on celebrity Instagrams. Then the celebrities would taste the food to select the winner each episode.

Obviously this app would feature raunchy pictures that disappear. The reality TV show would be like one of those memory card games where contestants have to match the body part to the owner. Then they compete to find true love with a sensitive partner who appreciates them for who they are. 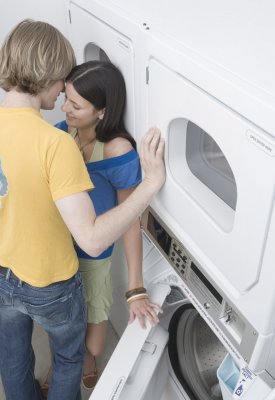