The Science of Happily Ever After: How Millennials Beat the Odds to Find Love

Like generations before them, millennials were told bedtime stories that ended happily ever after, but they have grown up to find a new technology-driven dating scene that has lost the plot. I’ve spoken with many millennials while touring for my new book, The Science of Happily Ever After, and the question I hear over and over is: “Does happily ever after even exist?”

It’s a fair question from a group of young people who watched almost 50% of their parents’ generation divorce, another 10% permanently separate and another 7% remain in unhappy marriages. Maybe it’s because I’m from Gen X, but a one-in-three chance of finding enduring love sounds a little depressing to me. But millennials are an optimistic bunch, so they’re usually relieved to hear that enduring love exists, even if they know that the odds are not in their favor.

Although singles of all ages yearn to find enduring love, many are uncertain about how to navigate the thousands of dating partners that are now available through online dating sites and mobile apps. Technology has given singles far more choice than previous generations, which sounds good in theory, but people are finding that the sheer volume and speed produced by dating technologies quickly becomes overwhelming.

It’s what social psychologist Barry Schwartz calls the “tyranny of freedom”: a feeling of being overwhelmed, uncertain and anxious when we are given too many choices and no updated framework for managing those choices. Singles of all ages feel dizzied from the carousel of Tinder photos, resigned to the hundreds of online dating messages sitting in their inboxes and weary from serial hookups that eventually give one’s love life an unbearable lightness. Collectively, these changes can give single young people a feeling of derealization, far away from the days of getting to know the girls next door over a milkshake at the soda fountain.

However, millennials are accustomed to a postmodern world that does not always provide genuine experiences. They didn’t have to put worms on their fishing lines, but instead were fed genetically modified fish, raised in a fake stream on a fish farm, that was colored to look more fish-like. They watched the economy almost collapse after Wall Street sold loans of loans, packaged in algorithmically complex securities, which led everyone to forget what the loans were worth in the first place. Millennials watched what happens when life becomes representations of representations and they decided that this is no way to live.

Now they are finding that the convenience of Tinder geolocation or algorithmic online matches can insert a layer of artifice, which makes it harder to really get to know someone. Like other aspects of their lives, millennials want to find a process that is more organic, a method of dating that is more real. Maybe that’s why millennials seem less inclined than previous generations to fall in love with the idea of marriage and instead are determined to find the right person for marriage.

I decided to write The Science of Happily Ever After based on the premise that good relationships come from choosing good partners. I do not promise love in ten days or the one secret to finding your soulmate, but instead provide a framework and methods for assessing the traits that really matter while choosing a partner. As I have talked about the book with university students around the country, I have realized that millennials have certain tendencies that are already changing the way we date and that there are a few things we can learn from them. Here are a few valuable lessons from the way millennials search for love:

Ty Tashiro, Ph.D. is a relationship expert and author of The Science of Happily Ever After: What Really Matters in the Quest for Enduring Love. Visit him online at www.tytashiro.net. 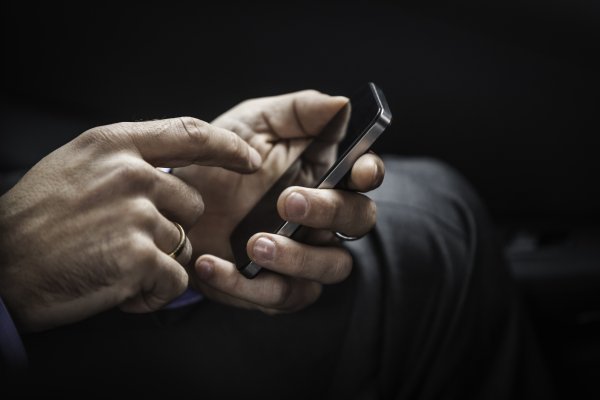 Non-Consensual Sexting: The Hot New Way to Make Someone Really Uncomfortable
Next Up: Editor's Pick