This year’s New York Fashion Week marked the first time everyday Instagram users were treated like industry insiders at a major designer’s runway show — and that’s a big deal. Granting exclusive, unprecedented access to your average Joe — who just happens to be great at posting Instagram pictures — has become the next big thing in the evolving relationship between high fashion and social media. And yet, at the same time, it seems like a natural progression: from street style photographers to fashion bloggers, the industry has already undergone a major shift in recent years by recognizing those who land a foothold in fashion through unconventional means.

Now, it’s including the average Instagram user — who doesn’t even necessarily need to know that much about fashion.

The NYFW InstaMeet featured in the video above was hosted by popular Instagrammers Brian Difeo and Anthony Danielle, who were hired by Tommy Hilfiger to organize the event. The pair publicized the InstaMeet through their Instagram accounts (they each have more than 100,000 followers) and received almost 300 applications. (For those unfamiliar with the term, an InstaMeet is an event organized for Instagram users, or Instagrammers, to meet and create photo content together.)

Difeo and Danielle first started organizing InstaMeets for fun in early 2011 and have since partnered with six different brands, but the NYFW InstaMeet stands out. “The unique thing is that we cast such a wide net,” Difeo said. “For our other InstaMeets, the client wants an influential group of people.”

Tommy Hilfiger, on the other hand, was very particular about “democratizing the runway experience” by selecting a group of average Instagram users — who got to visit backstage, have spots at the Tommy Hilfiger Women’s Fall 2014 show, and meet the designer himself. The 20 Instagrammers have a following ranging from about 500 followers to a few thousand; to put this in context, fashion bloggers like Chiara Ferragni of The Blonde Salad and Aimee Song from Song of Style, who were seated front row at the show, have more than 1 million followers.

Social media experts point out that Tommy Hilfiger missed out on millions of views by giving those spots at the InstaMeet to average users instead of famous fashion bloggers — but what he lost in potential publicity, he made up for by featuring users with fresher perspectives and trying something new in the already-crowded social media marketing space. In past years, interesting Fashion Week shows with social media twists included Topshop’s Google Hangout stream of their live fashion show and Kenneth Cole’s iPhone runway walk — but it’s always a challenge to stay ahead of the curve.

“It was cool last year when nobody did it, but now everyone did it, so now who’s going to think of the next cool thing and what else are they going to do?” said Jessica Sfera, digital and social media coordinator at Diesel. “It just gets increasingly hard to get through the clutter.”

Social media events dominate at Fashion Week: Lucky also hosted an InstaMeet by asking readers to post Instagrams of their favorite fashion items, through which a team then selected 15 users to tour Lincoln Center, snag a glimpse of models backstage before a show, and get a close-up look the BCBG runway post-show. (They didn’t get to see the actual shows; Fashion Week tickets are tough to come by.) Additionally, the Marc Jacobs Tweet Shop last weekend allowed customers to “buy” products using only Tweets, Instagrams, and Facebook posts as “social currency” when they used the hashtag #MJDaisyChain.

So are these events democratizing the long-elitist institution of high fashion, or diluting its power by letting any random Instagram user participate in the process? That remains unclear, but either way, it won’t stop here — as social media grows ever-more ubiquitous, even the most highbrow fashion houses will have no choice but to embrace the change. 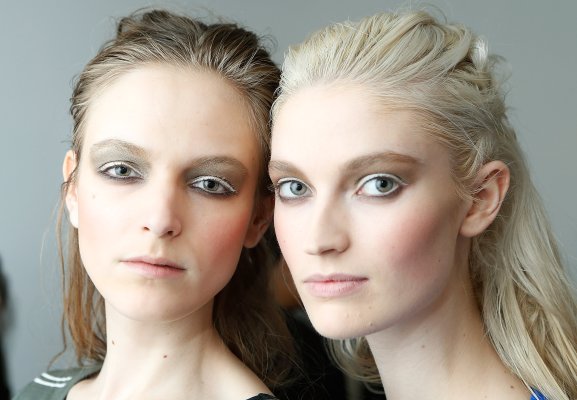 Age Restrictions for Models Making a Difference at Fashion Week
Next Up: Editor's Pick