The U.S. will send hundreds of troops to East Europe for training exercises, the Pentagon said on Tuesday, as the Americans look to reassure nervous allies near Russia.

The U.S. will deploy roughly 600 troops already stationed in Europe to Poland, Latvia, Lithuania and Estonia, Rear Admiral John Kirby, the Pentagon press secretary, said on Tuesday. The troops will be replaced with new units within about a month, and the U.S. expects to maintain a presence for at least the remainder of the year, he said.

“The message is to the people of Poland and Lithuania, Latvia, Estonia that the United States takes seriously our obligations,” Kirby said.

The U.S. is aiming to reassure allies in the region amid tensions on Ukraine’s eastern border, where Russia has amassed thousands of troops since it annexed the southern Ukrainian region of Crimea.

Vice President Joe Biden met with the Ukrainian leadership in Kiev on Tuesday, where he threatened new sanctions against Russia if it does not pull back its troops. He also said Russia should “stop talking and start acting,” days after international parties agreed on a joint roadmap to diffuse the crisis in eastern Ukraine, where pro-Russian separatists have occupied towns and cities. The separatists have so far defied the agreement’s stipulation that they disarm, and on Tuesday acting Ukrainian President Oleksandr Turchinov called for police to resume “counterterrorism” operations in the region after the body of a recently abducted local politician with suspected torture marks was found. 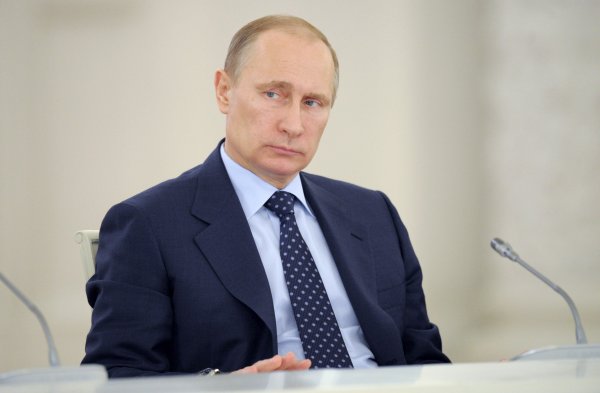 U.S. Heaps Pressure on Putin
Next Up: Editor's Pick