The Drinking Age Is Past Its Prime

The National Minimum Drinking Age Act, passed by Congress 30 years ago this July, is a gross violation of civil liberties and must be repealed. It is absurd and unjust that young Americans can vote, marry, enter contracts and serve in the military at 18 but cannot buy an alcoholic drink in a bar or restaurant. The age-21 rule sets the U.S. apart from all advanced Western nations and lumps it with small or repressive countries like Sri Lanka, Pakistan, Indonesia, Qatar, Oman and the United Arab Emirates.

Congress was stampeded into this puritanical law by Mothers Against Drunk Driving, who with all good intentions were wrongly intruding into an area of personal choice exactly as did the hymn-singing 19th century temperance crusaders, typified by Carrie Nation smashing beer barrels with her hatchet. Temperance fanaticism eventually triumphed and gave us 14 years of Prohibition. That in turn spawned the crime syndicates for booze smuggling, laying the groundwork for today’s global drug trade. Thanks a lot, Carrie!

Now that marijuana regulations have been liberalized in Colorado, it’s time to strike down this dictatorial national law. Government is not our nanny. The decrease in drunk-driving deaths in recent decades is at least partly attributable to more uniform seat-belt use and a strengthening of DWI penalties. Today, furthermore, there are many other causes of traffic accidents, such as the careless use of cell phones or prescription drugs like Ambien — implicated in the recent trial and acquittal of Kerry Kennedy for driving while impaired.

Learning how to drink responsibly is a basic lesson in growing up — as it is in wine-drinking France or in Germany, with its family-oriented beer gardens and festivals. Wine was built into my own Italian-American upbringing, where children were given sips of my grandfather’s homemade wine. This civilized practice descends from antiquity. Beer was a nourishing food in Egypt and Mesopotamia, and wine was identified with the life force in Greece and Rome: In vino veritas (In wine, truth). Wine as a sacred symbol of unity and regeneration remains in the Christian Communion service. Virginia Woolf wrote that wine with a fine meal lights a “subtle and subterranean glow, which is the rich yellow flame of rational intercourse.”

What this cruel 1984 law did is deprive young people of safe spaces where they could happily drink cheap beer, socialize, chat and flirt in a free but controlled public environment. Hence in the 1980s we immediately got the scourge of crude binge drinking at campus fraternity keg parties, cut off from the adult world. Women in that boorish free-for-all were suddenly fighting off date rape. Club drugs — ecstasy, methamphetamine, ketamine (a veterinary tranquilizer) — surged at raves for teenagers and on the gay male circuit scene.

Alcohol relaxes, facilitates interaction, inspires ideas and promotes humor and hilarity. Used in moderation, it is quickly flushed from the system, with excess punished by a hangover. But deadening pills, such as today’s massively overprescribed antidepressants, linger in body and brain and may have unrecognized long-term side effects. Those toxic chemicals, often manufactured by shadowy firms abroad, have been worrisomely present in a recent uptick of unexplained suicides and massacres. Half of the urban professional class in the U.S. seems doped on meds these days.

As a libertarian, I support the decriminalization of marijuana, but there are many problems with pot. From my observation, pot may be great for jazz musicians and Beat poets, but it saps energy and willpower and can produce physiological feminization in men. Also, it is difficult to measure the potency of plant-derived substances like pot. With brand-name beer or liquor, however, purchased doses have exactly the same strength and purity from one continent to another, with no fear of contamination by dangerous street additives like PCP.

Exhilaration, ecstasy and communal vision are the gifts of Dionysus, god of wine. Alcohol’s enhancement of direct face-to-face dialogue is precisely what is needed by today’s technologically agile generation, magically interconnected yet strangely isolated by social media. Clumsy hardcore sexting has sadly supplanted simple hanging out over a beer at a buzzing dive. By undermining the art of conversation, the age-21 law has also had a disastrous effect on our arts and letters, with their increasing dullness and mediocrity. This tyrannical infantilizing of young Americans must stop!

Paglia is the author of Glittering Images: A Journey Through Art From Egypt to Star Wars.

MORE: How to Drink Scotch 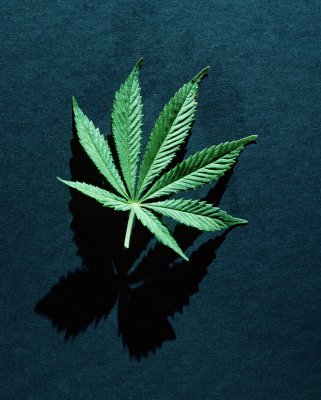