Why Do Comedians Live So Long?

“I don’t feel old,” Bob Hope is reported to have said as he approached 100. “In fact, I don’t feel anything until noon.” It’s doubtful, to tell the truth, that Bob actually said it —the line was most likely concocted by one of his writers or publicists to mark the approaching centennial. But the fact that the great comedian was still around to have a joke attributed to him (he died in 2003, two months after his 100th birthday) is what’s so noteworthy.

Sid Caesar’s death, at the ripe age of 91, is the latest illustration of a startling phenomenon: comedians just seem to go on forever. George Burns, like Hope, lived to 100. Milton Berle’s joke machine didn’t wind down until he died at age 93. Mort Sahl, who’s 86; Bob Newhart, at 84; and Jerry Lewis, 87, aren’t just still with us – they’re still out there working.

Caesar was at the center of the famed Your Show of Shows comedy hothouse, and what’s surprising is how many of his storied writing crew are still around. Carl Reiner is 91; Mel Brooks 87; Neil Simon 86. Mel Tolkin, the show’s former head writer, died in 1997, at age 94 — and he’s going to miss a good memorial service.

The longevity of the classic comedians stands in stark contrast to the generation that followed — the comics who came of age in the 1960s and ‘70s. Lenny Bruce, Richard Pryor, John Belushi, Andy Kaufman — all dead prematurely, thanks to drugs or disease. George Carlin made it to 71, and, considering his self-confessed life of drugs and drinking, it was something close to a miracle.

So what’s the explanation for the longevity gene? The old saying about laughter being the best medicine may not be a complete cliche. There is something about the constant gratification that comedians get from live audiences — and the need to keep the mind sharp and body toned in order to keep them laughing — that seems conducive to a long life. And while comedians are congenitally a neurotic bunch, the old-timers grew up in an era when fame was less anguishing (free from the stress of the paparazzi and TMZ), and the distractions less destructive (no drugs, or at least fewer of them and tougher to find).

Alfred Hitchcock once called Sid Caesar the funniest comedian since Chaplin. Yet Caesar surpassed the master in one key respect — Charlie only lived to 88. 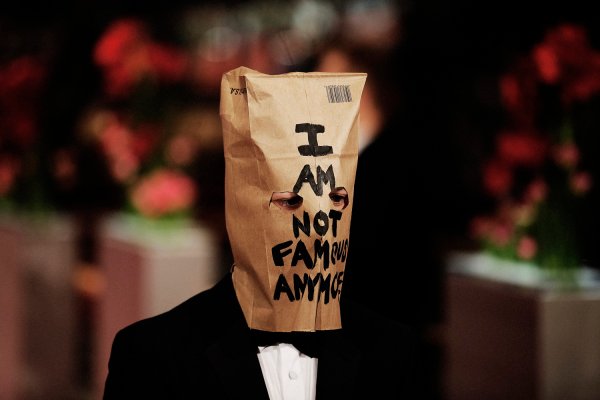 Shia LaBeouf Gets One-Upped by Jerry O’Connell
Next Up: Editor's Pick