The New American Dream Is Living in a City, Not Owning a House in the Suburbs

In June 2002, several years before the peak of the housing boom, President George W. Bush famously proclaimed that the American Dream is to own a home. At the time, construction workers across the country were gearing up for a wave of residential building, and banks were beginning to dole out millions of shaky mortgages to eager new homeowners. “I do believe in the American Dream,” Bush said at the time. “[And] owning a home is a part of that dream, it just is. Right here in America if you own your own home, you’re realizing the American Dream.”

Twelve years later, that dream has changed. Americans are abandoning their white-picket fences, two-car garages and neighborhood cookouts in favor of a penthouse view downtown and shorter walk to work. The latest housing data shows traditional, single-family suburban home construction is way down: after a walloping all-time high of 1.7 million single-family homes began construction in 2005, single-family housing starts have contracted after the housing bust to just over 600,000 in 2013. During the five years since the recession, single-family homebuilding has remained lower than it has been in decades.

Meanwhile, construction of residences with five or more apartment units—multiplexes, condominiums, high-rises—have reached their highest share of overall construction since 1973 (aside from an outlier year in 1985). “These days the market is driven much more by people who are either choosing to live in the city or in the near-in suburbs, particularly people who are just getting their first job or don’t have confidence that their job is going to last long enough to warrant buying a home,” says Ken Simonson, chief economist for the Associated General Contractors of America. “The multifamily building trend is happening everywhere.”

Americans are experiencing an urban renaissance of unanticipated proportions, as young people graduate college and flock to cities, delaying buying a home and perhaps rejecting the suburban ideal altogether. In 2005, multifamily housing accounted for just 17% of all housing starts. In 2013, multifamily housing accounted for fully 33% of starts. Data released last week on housing starts in March reinforce that trend, with multifamily homes, a good portion of it high-rise apartment buildings, accounting for 40% of all new construction.

That’s because people are moving to cities: net migration was the largest contributor to population growth in all but five of the 50 fastest-growing metro areas. Census data released last month show that metropolitan areas across the country grew at a faster rate last year than the rest of the country, with cities like Austin, Texas and Seattle, Washington growing especially swiftly. Metro areas grew faster than the U.S. as a whole between 2012 and 2013 (0.9 percent compared with 0.7 percent). For millennials today, leaving Levittown for the bright lights of downtown has become a rite of passage.

“There’s been a surge in urban apartment building,” says chief economist for the National Association of Homebuilders, David Crowe. “The 25- to 34-year-old age group is focused on living near their peers. They want be socially engaged and live near work. They want to reduce their automobile use. All of those things aim at high-density, urban-type living.”

The high demand for city living has led to a wave of high-rise construction projects across the country, in cities such as New York and San Francisco. But the changes aren’t just occurring in the biggest traditional urban centers. In Kansas City, Missouri, developers broke ground on a 25-story, $79-million apartment building just last week, and in cities ranging from Minneapolis to Dallas, apartment buildings are rising above the skyline. And low-rise apartment complexes are sprouting up in the inner suburbs and outer edges of cities as well.

Young people are interested in a different kind of life than earlier generations it seems. “Unlike their parents, who calculated their worth in terms of square feet, ultimately inventing the McMansion, […] this generation is more interested in the amenities of the city itself: great public spaces, walkability, diverse people and activities with which they can participate,” Ellen Dunham-Jones, a professor of architecture and urban design at Georgia Tech writes in an email.

The growth in multi-family residential construction isn’t purely aspirational, however. Many people are delaying buying a home out of sheer necessity. After the easy money of the subprime mortgage market of the mid-2000s led the country to the brink of a depression, banks have tightened their lending standards, making it much more difficult for homebuyers to purchase a property. The Urban Institute estimates that strict credit standards prevented between 300,000 and 1.2 million lenders from taking out mortgages in 2012 alone.

Coupled with the uncertainty of the job market and the mountain of student loans recent graduates have to pay off, it makes sense that more people are choosing to rent instead of making the colossal investment of buying a home. Some researchers believe that millennials will eventually move back out to the suburbs to raise their children.

Whether or not the trend will last is a matter of debate, however. “I’m not convinced that this is a permanent change,” says Crowe of the move toward urbanization. “When you have a family or children, you don’t want to just be hanging out with people, emulating Friends.” He adds, “The ownership desire seems to be an ingrained preference. People need to live in their own homes.”

For now, however, young people prefer cities. According to the Nielsen Company, 62% of millennials prefer to live in mixed-use communities found in urban centers, closer to shops, restaurants, and the office. And as the number of apartment buildings under construction continues to rise, it appears the exodus to the cities won’t be slowing anytime soon. 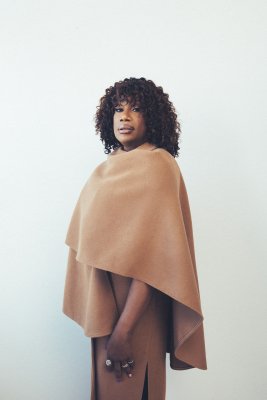