There Is Now an App for Prostitution

The new app, Peppr, is similar to a dating site, but it’s for connecting prostitutes to clients.

In 2002, Germany legalized prostitution, and the industry there has expanded dramatically since then. Some estimates put the number of prostitutes in Germany at about 400,000, many of whom are foreign nationals from economically stressed parts of Europe like Bulgaria and Romania. According to the Telegraph, the country’s sex industry is worth $21 billion a year, and several 12-story megabrothels have opened. Two years after prostitution became legal, the industry was thought to be worth $8.3 billion.

In an interview with the German news site the Local, co-founder Pia Poppenreiter said the idea came to her when she was walking through the red-light district at night. “I was walking down Oranienburger Straße — I know it sounds cheesy, but it’s the truth — it was chilly, and I saw the poor girls on the streets, and I thought, why isn’t there an app? It’s not efficient to wait outside,” she told the Local. Poppenreiter thinks the app will “revolutionize the image of sex work” and make it appear less “shabby.”

Poppenreiter says her company talks to the prospective prostitutes over the phone to try to determine if they are signing up voluntarily, or by force, but that’s notoriously tough to verify. Sex trafficking and coerced prostitution have become a growing concern for European nations like Germany, in which prostitution is legal and where the business has grown so much that the prices are falling even as demand rises for additional workers.

The official number of trafficking victims in Europe is about 23,600, according to a 2013 E.U. report, but because sex trafficking is so difficult to trace, the European Commission estimates that the official number doesn’t come close to documenting what they believe are hundreds of thousands of trafficked men, women and children in Europe, most of whom come from East European nations recently admitted to the union. The E.U. study found that human trafficking increased by 18% between 2008 and 2010 while the number of convictions for the crime fell by 13%. About 62% of all those trafficked are exploited for sexual purposes, according to European Commission data, and 68% of sex-trafficking victims were women, 17% men, 12% girls and 3% boys. 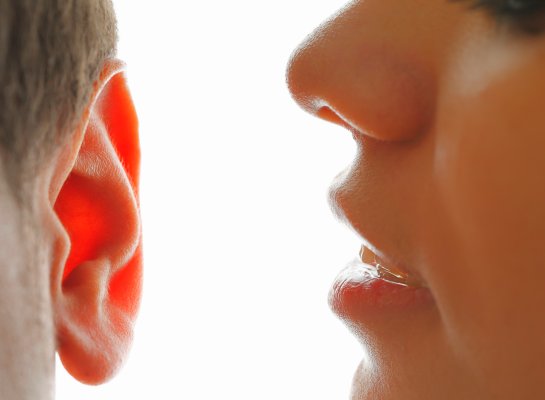 What Happens When Men Try to Sound Sexy
Next Up: Editor's Pick