The ruling, in a 6-2 decision, upholds a voter-approved amendment to Michigan’s state constitution that prohibits race-based college admissions decisions, effectively banning affirmative action in the state. The Supreme Court reversed a lower court opinion that the ban was discriminatory. Justices Sonia Sotomayor and Ruth Bader Ginsburg joined for a dissenting decision. Justice Elena Kagan did not participate.

Seven other states—Arizona, California, Florida, Nebraska, New Hampshire, Oklahoma, and Washington—have similar bans, and the ruling paves the way for others to vote.

The ruling follows a long-term trend of eroding support in the courts for affirmative action policies across the country, echoing a statement from former Justice Sandra Day O’Connor following a high court ruling in 2003 that upheld the constitutionality of colleges considering race as a factor in college admissions. O’Connor said that within a quarter century “the use of racial preferences will no longer be necessary.”

Tuesday’s decision does not address the constitutionality or merits of affirmative action college admissions policies themselves, SCOTUSblog reports. Rather, the ruling addresses the right of voters in a state to ban the practice in state law. 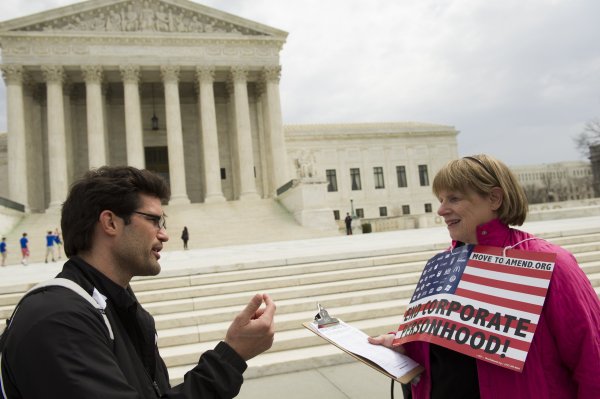 Supreme Court Makes It Rain on Campaigns
Next Up: Editor's Pick