The Earth Is Changing Rapidly. Can We Change Too?

I had the chance to see the Grand Canyon last week for the first time, and I can tell you this: it is really big. So big, in fact, that I led my partner on an endless walk along the rim, searching for the entrance a trail that would take us some of the way down the canyon. It turned out that I misread the map scale just a tiny bit. I think she may have forgiven me by now.

Of course, there’s more to the Grand Canyon than its sheer size: Its exposed rock reveals some 2 billion years of Earth’s geologic history, a span of time that is unfathomable by human beings (our species Homo sapiens is about 0.00005% as old as the oldest rock found in the Canyon). And even that time period covers less than half of the Earth’s age. Our planet is ancient, and the only constant over the course of its 4.54 billion-year history has been change—albeit change on a scale that almost always unfolds far too slow for us to realize it. If the Earth seems as solid as the ground beneath our feet, that’s only because we haven’t been around long enough to see just how unstable it really is.

That’s something to keep in mind as we celebrate the 45th Earth Day. Human civilization has flourished over the past ten thousand or so years largely because our species has been fortunate enough to arise during a Goldilocks (not too warm, not too cold) climatic period known as the Holocene. It’s an age that has proven ideal for agriculture and other activities that now support a human population of 7 billion-plus. But it hasn’t always been this way, as a new study that was published Monday in the Proceedings of the National Academy of Sciences demonstrates.

A team led by Yale University scientists used a new method to determine temperatures in the Earth’s past, measuring concentrations of rare isotopes in ancient fossil shells found in Antarctica. The researchers found that during the Eocene epoch—about 40 to 50 million years ago—temperatures in parts of Antarctica reached as high as 63 F (17 C), with an average of 14 C (57 F). That’s far above the mean annual temperature of Antarctica’s interior today, which registers at a frosty -70 F (-57 C), and closer to the kinds of temperatures you’d see in today’s San Francisco. Seawater around parts of Antarctica was even warmer, a balmy 72 F (22 C)—or about the same temperature as the tropical seas around Florida today.

If there were people living 40 million years ago—there weren’t, FYI—they could have been snorkeling off the coast of Antarctica’s Ross Island.

Why? Carbon dioxide levels in the atmosphere during the Eocene were much, much higher, perhaps as high as 2,000 ppm or more. Even though human beings have been pouring carbon into the atmosphere by the gigaton for decades, that’s still far higher than current levels, which stand at a little above 400 ppm. But even that increase has helped global temperatures rise by about 1.53 F (0.85 C) since 1880, and despite 45 Earth Days since the first in 1970, global carbon emissions just keep on growing, reaching a record 36 billion metric tons in 2013.

As Brad Plumer puts it over at Vox, our chances of keeping global temperature increase below 3.6 F (2 C)—a figure governments around the world have adopted as a climate change red line—seem vanishingly small:

Needless to say, that’s unlikely. Barring some major political or technological revolution, our Earth will likely change more in the decades to come than it has for the entire lifespan of human civilization—and that change almost certainly won’t be for the better. As the PNAS study shows, the climate we think of as stable—the “long summer” of humanity—has been drastically different over the course of Earth’s deep past. The Earth will change. The question for the Earth Days to come is whether we can change, too. 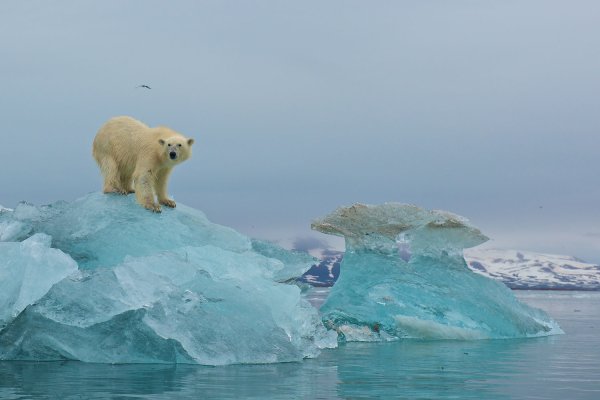 Americans Still Hot and Cold Over Global Warming
Next Up: Editor's Pick