Stand By Me actor Jerry O’Connell is plagiarizing fellow actor Shia LaBeouf’s professional plagiarism and the result is mildly funny.

At the Cohen Gallery in Los Angeles, Shia LaBeouf recently opened an art exhibition titled #IAMSORRY. The exhibit was, as TIME’s Ryan Sandoval wrote, “the culmination of many months of erratic behavior and deliberate plagiarism.”

Here’s what Sandoval had to say about that exhibit.

“The project borrows heavily from the work of Marina Abramoviç and Maria Legault, who attempted something similar with her The Apology Project, and it’s tough to give him much credit when the whole exhibition is so derivative. Then again, given that LaBeouf’s entire artistic position seems to be a commentary on originality — or a lack thereof — ripping off those who did it first was probably the point.”

Well, Jerry O’Connell, of Stand By Me (and other) fame, has a thing or two to say about plagiarism—or whatever is going on here—as well. As Buzzfeed reports, O’Connell just opened his own exhibit, located right next door to LaBeouf’s, titled #IAMSORRYTOO. O’Connell, like LaBeouf, dons a paper bag, though he, unlike LaBeouf, verbally apologizes for everything bad.

So how about that. Meta, bro. 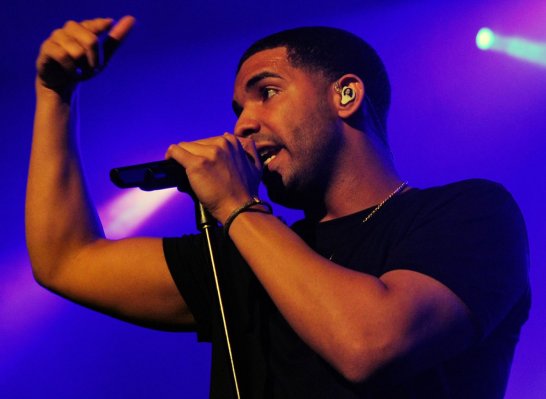 Drake's Opinion of Macklemore Started From the Bottom and Stayed There
Next Up: Editor's Pick