This Is AT&T's Plan to Smother Google Fiber

AT&T’s plan to examine ways to deliver gigabit Internet service to 21 U.S. cities was greeted with skepticism on Monday, as some prominent critics accused the broadband giant of misleading consumers.

AT&T’s initiative is the latest evidence that Google’s Fiber project is spurring major broadband providers to at least pay lip service to gigabit speeds, which are 100 times faster than regular U.S. Internet connections.

AT&T’s announcement, which did not actually contain a pledge to build out gigabit service anywhere, comes two weeks after the company said it wants to offer super-fast Internet service to six North Carolina cities, and two months after Google said that it was considering expanding its gigabit initiative to the North Carolina communities of Charlotte, Chapel Hill and Raleigh-Durham.

“Communities that have suitable network facilities, and show the strongest investment cases based on anticipated demand and the most receptive policies will influence these future selections and coverage maps within selected areas,” AT&T said in a press release.

Not everyone is convinced. Shortly after AT&T’s announcement, three veteran tech policy journalists, Stacey Higginbotham at Gigaom, Jon Brodkin at Ars Technica, and Karl Bode at DSL Reports, urged skepticism about the broadband giant’s plans. Each reporter used some variant of the phrase “before you get too excited” to emphasize that AT&T hasn’t actually promised to build anything.

“Hey AT&T, enough with the gigawashing!” Higginbotham wrote. She pointed out that in her home market of Austin, Texas, AT&T isn’t even delivering on the gigabit promises it’s already made. Given that fact, “Ma Bell should have some explaining to do before these 21 cities get too excited about their hoped-for gigabit service,” Higginbotham wrote.

Brodkin, at Ars Technica, pointed out that AT&T — by its own admission — says that the “expanded fiber build is not expected to impact AT&T’s capital investment plans for 2014.” That seems odd, because laying fiber lines — or buying them from existing dark fiber owners — is very capital-intensive. It also raises the question of why AT&T hasn’t moved to boost broadband speeds earlier, if the necessary investment is so trivial.

Bode, at DSL Reports, was even harsher, calling AT&T’s announcement a “big fat bluff” that constitutes another example of what he calls “fiber to the press release.” In other words, AT&T is using the groundswell of national interest in gigabit broadband speeds to promote its existing service, despite the fact that the broadband giant has yet to deliver what it previously promised.

“We’re in the heart of the age of ‘fiber to the press release’ and 1 Gbps mania, where all you need to do is simply mention 1 Gbps and you get a ticker-tape parade and a statue in the town square without having to deliver a single byte,” Bode wrote. “AT&T’s certainly counting on that reaction from the press and public.”

For years, major broadband companies have insisted that consumers neither need nor want gigabit Internet speeds. Now that Google has demonstrated that there is intense demand for super-fast broadband service, AT&T is singing a different tune. But until AT&T actually delivers on its existing gigabit promises, it’s worth taking the company’s announcements with a dose of skepticism. 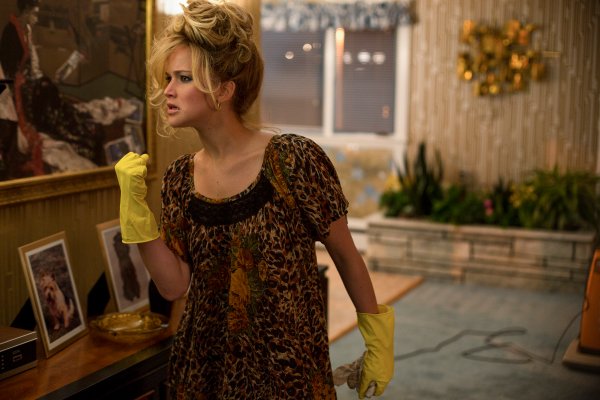 Women Named Jennifer Are Gold Diggers According to Dubious Survey
Next Up: Editor's Pick