Jaime, played by Nikolaj Coster-Waldau, and Cersei, played by Lena Headey, in Game of Thrones
HBO
By Eliana Dockterman

Sunday night on Game of Thrones, Jaime forced himself on Cersei. This was problematic for a number of reasons: they’re siblings; they were having sex next to their son’s dead body; and said dead son was the product of their incest. But the biggest problem with that scene was that Jaime raped Cersei … and some of the people on the Game of Thrones cast and crew who have been interviewed about the episode don’t seem to acknowledge it as such.

Margaret Lyons over at Vulture has already done a great job of explaining why, exactly, that scene was rape. (Cersei says “No” repeatedly, to which Jaime replies, “I don’t care.”) In the piece, Lyons quotes two of the Game of Thrones folks hedging against actually calling the assault rape.

Nikolaj Coster-Waldau, the actor who plays Jaime, told the Daily Beast: “There are moments where [Cersei] gives in, and moments where she pushes him away. But it’s not pretty.” When asked if Cersei was raped, he answered, “Yes and no.”

The scene was enough to make everyone squirm, and it raises questions like, why did the script writers decide to diverge from the book (in which the sex was consensual — but still creepy for all the reasons listed above)? And will they handle the Cersei’s reaction to the incident with nuance and sensitivity? We might even ask why we keep seeing so much rape on TV. (I have my own theories.)

But first, we ought to take a moment to recognize that this incident isn’t a “gray area.” If a woman or man does not consent to a sexual act, and the other person forces him or her to continue, it’s rape. An incident cannot be both rape and “not rape.” There is no “yes and no” about it. A rape cannot “become consensual at the end.” You do not convince someone over the course of the act that they actually consented.

A lot of people — especially a lot of young people — watch Game of Thrones, and I imagine many of them read interviews with people like Graves and Coster-Waldau after the show. So it’s important that public figures like these should be conscious about how they respond to and describe these issues. How will victims of sexual assault be affected when a director and an actor in one of television’s most popular shows question whether no really means no?

I imagine that Graves and Coster-Waldau’s interpretations of the scene are linked to the common misconception that a person cannot be raped by his or her significant other. Jaime and Cersei are (however twisted it might be) a couple, and therefore some might falsely assume that all their sex must be consensual. But it’s not. That was rape. And I believe it’s important to acknowledge that, otherwise we risk delegitimizing assault.

To his credit, George R.R. Martin — who wrote the Song of Ice and Fire books upon which the Game of Thrones TV series is based — responded to fans’ concerns on Monday in the comments section of his own blog (Martin was not involved in writing the script for this episode):

Though Martin never explicitly calls the scene rape, he does express regret that the way it was presented on screen has upset people, which is a step in the right direction. 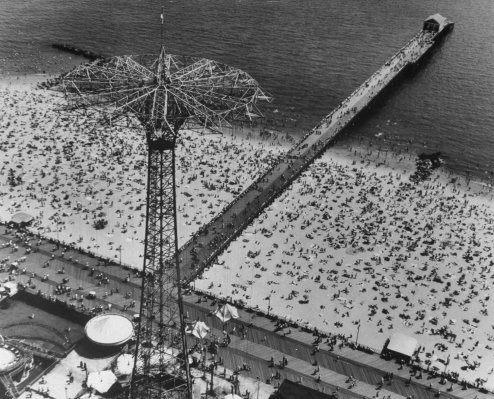 Air America: Picturing the United States From Above
Next Up: Editor's Pick