Raining Food starts cheerily enough with a few Apple Jacks bouncing off Steve Kardynal’s hirsute head as he mugs for the camera. But then things start getting weird — which probably won’t surprise anyone who has glimpsed the YouTube celebrity’s hilarious Chatroulette parody videos.

Shown in slow motion, the cereal is quickly followed by a cascade of milk, obscene amounts of ketchup, mustard, hot dogs, buns and much, much more. As Kardynal gets gradually obliterated by the torrent of food running down his head — meatballs, tootsie pops and Texas toast are all on the “menu” –his expression shifts from glee to despair and back again when dessert finally comes raining down.

We won’t spoil that final surprise for you, but suffice it to say that the video is not merely an homage to a typical American diet. It’s part of a campaign to help end hunger. Together with Alex Negrete — who posted his own equally gross/magnificent Raining Food 2 video — Kardynal is raising money to supply ready to use therapeutic food (RUTF) kits to those in need. Visit Action Against Hunger to learn more and donate. 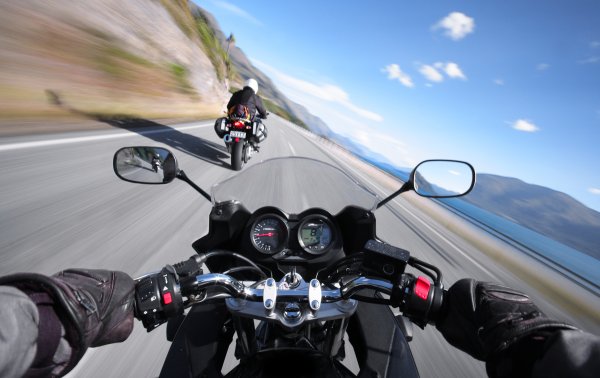 Here's a Terrifying Video of a 6 Year Old Riding a Harley
Next Up: Editor's Pick