What Is Game of Thrones Doing With Jaime Lannister?

Note: Spoilers for this week’s Game of Thrones below.

Any way you cut it, Sunday night’s episode irreparably changes the way we see Jaime Lannister. His rape of Cersei just feet away from the body of their dead son was borderline unwatchable, and effectively undid all of the work done over the course of the last two seasons to make him a complex, bizarrely likable character.

Here’s the problem: We wanted to like Jaime. Sure, he’s done some of the most despicable things on a show full of despicable things — including but not limited to fathering children by incest, attempting to murder a boy who discovered said incest, and the cold-blooded murder of one of his own cousins — but despite all that, the Kingslayer remains one of Game of Thrones‘ most popular characters. He’s handsome, an incomparably skilled fighter and disarmingly witty. (The nickname doesn’t hurt, either.)

When Jaime began his long march toward King’s Landing with another fan favorite (and one of Westeros’ few truly honorable citizens), Brienne of Tarth, it provided him with an opportunity to show a different, more sympathetic side of his character. He begins his journey insulting and challenging her at every turn, but before long he’s sacrificing his sword hand and squaring off with a bear to save her. Unexpected pairs of characters in the Game of Thrones universe often call for a spin-off buddy comedy show, but perhaps none were louder than those for Jaime and Brienne. She helped him rediscover his sense of chivalry, and he helped her to not be so morbidly serious at all time.

Upon his arrival at King’s Landing, it seems like we really are seeing a new Jaime. Humbled by the loss of his hand and imbued with a greater appreciation for duty, Jaime refuses to renounce his position as a member of the Kingsguard despite Tywin’s request that he do so. He holds his tongue when Joffrey insults his entry in the “Book of Brothers” and even has a charming left-handed sword lesson with Bronn. He’s still the Kingslayer, but he’s a kinder, gentler, more fan-friendly version of the remorseless badass that charmed viewers way back in the series’ first season.

Thing is, that gentler Jaime Lannister is also more fragile. Losing his hand has made him not only physically weaker but also weaker emotionally. The swagger and bravado that the Kingslayer possessed in spades was based on an ability he no longer (at least for the time being) possesses. He’s been shamed by his father, insulted by his son and rejected by his sister. Only his brother seems to want anything to do with him — and even Tyrion isn’t above poking a little fun at Jaime’s unfortunate circumstances.

That’s part of why his rape of Cersei is so maddening — it’s an act so unmistakably hideous that it undoes all the work that made him a dynamic and complex character. Whatever the motivation, it’s a defining event, one that should radically change our perception of Jaime; it wasn’t even characteristic of him. (Even George R.R. Martin, in the books, presented a different representation of the event.) It’s difficult to say why showrunners David Benioff and Dan Weiss changed this particular plot point. Here’s what Martin himself had to say in the comments section of his blog, more as context than as an explanation:

The show is notorious for what some describe as excessively graphic violence and gratuitous sex scenes, but most of that is simply part of Martin’s style; if this change was made simply to meet the the show’s “shocking moments” quota, this an awfully cavalier place to make such a tweak — though, as Sonia Saraiya points out over at the A.V. Club, it’s not exactly the first time that Benioff and Wise done something like this. Or it could be that they wanted to prove to viewers that Jaime is not someone they can rely upon to be a heroic figure, though this would be a fairly crude way of accomplishing that goal. For the time being, the change can best be described as inexplicable.

Whatever the reasoning behind the change, this is the Game of Thrones universe that we’re stuck with: the one where the Kingslayer is at best one of the most warped anti-heroes on television, and at worst a villain just as morally bankrupt as his manipulative father and evil son. There may still be viewers who want to root for Jaime Lannister, but it’s clear that Benioff and Weiss will make it anything but easy — or fun. 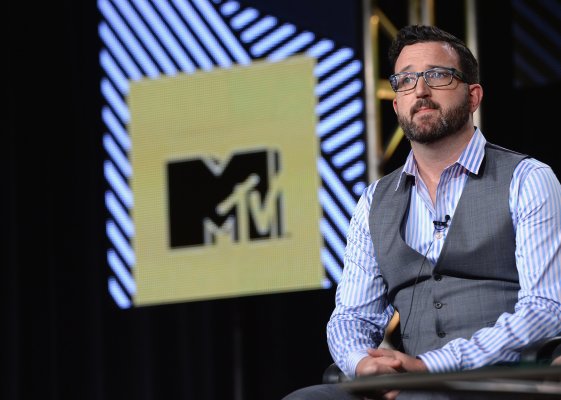