Immigration Activists Try to Ramp up Pressure on Obama Again

For months now, the pattern has been the same. Immigration activists, frustrated with inaction, latch onto some small glimmer of hope: a new campaign to pressure the powerful, or an approving remark by someone who can break the legislative stalemate. Each time the prospect of progress fades as quickly as it appeared.

In the 10 months since the Senate passed a comprehensive reform of U.S. immigration law, it has become abundantly clear that the GOP-controlled House won’t follow suit before November’s midterm elections. A report last week that House Speaker John Boehner was “hellbent” on passing an immigration overhaul in 2014 was swiftly shot down by his spokesman. “Nothing has changed,” said the spokesman, Brendan Buck.

With reform stalled in the House, immigration reformers have once again ratcheted up pressure on President Barack Obama. They hope to convince Obama to take executive action to slow the tide of deportations.

A memo released Monday by the AFL-CIO outlines the steps it believes the Obama Administration can take to ease the impact of immigration enforcement on immigrant families. The memo comes as Jeh Johnson, Obama’s new secretary of the Department of Homeland Security, conducts a review of the Administration’s enforcement policies. The document calls for DHS to take four concrete steps: granting work permits to certain undocumented immigrants; reclaiming federal authority over enforcement policy from the states; reforming the removal process; and protecting undocumented workers who file workplace grievances. (Read the full memo here.)

Obama has repeatedly resisted calls for him to use executive authority. He says he lacks the discretion to make the changes activists have sought—an argument that many top Democrats reject. “The only way to truly fix it is through congressional action. We have already tried to take as many administrative steps as we could,” Obama said in a news conference last week.

But with House Republicans refusing to budge, proponents of reform on both sides of the aisle have warned that Obama will act if Congress won’t. Exercising executive authority to ease deportations, the top concern of Hispanic groups, could help mend fraying ties with Latino voters and nudge them toward the polls before November elections that look grim for Democrats. Obama has made a similar move in the past: In the summer of 2012, with his reelection hanging in the balance, Obama signed an order that granted relief from deportations for certain young adults who had been brought to the U.S. illegally as children.

“I’m convinced that if we don’t get it done by the August break, the president, who is feeling a lot of pressure from having not done anything on immigration reform, will feel that he has to act through executive action,” Florida Republican Rep. Mario Diaz-Balart told the Washington Post last week.

Obama is staying coy about his intentions. “We’re going to review it one more time,” Obama said last week of the DHS review, “to see if there’s more that we can do to make it more consistent with common sense and more consistent with I think the attitudes of the American people, which is we shouldn’t be in the business necessarily of tearing families apart who otherwise are law-abiding.”

For activists still searching for signs of hope, the answer seemed to contain a warning to Republicans: Help fix the broken immigration system, or the President will do it without you. 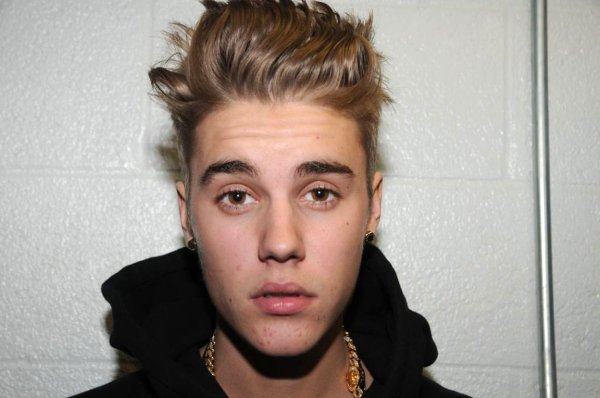 White House Mum on Bieber Petition
Next Up: Editor's Pick