When I first heard that two bombs had exploded at the finish line of the Boston Marathon, I was sitting on my couch — the afternoon sunlight streaming through from the tall window behind me — cradling my 12-day-old daughter in my arms. While she slept peacefully, I took the opportunity to catch up on my Twitter feed.

I’ll always have that tranquil moment as a reminder of how April 15 began, before the bombs. It is a stark contrast to the feeling that immediately followed, reading a barrage of tweets — information and misinformation — originating from Boylston Street, less than 10 miles south of where we sat.

Of course I found out from Twitter; everybody did, it seemed. After reading the news in my feed, my wife and I turned on the TV to see what was going on, but after a few minutes of watching television reporters spout empty speculation and unverified information, we turned it off again.

The previous week I had returned to work after a short paternity leave; I teach journalism and writing courses at a small college just south of the city. It happened that I was teaching an Introduction to Media Studies course that semester. In the last class before my daughter was born, I asked my students to consider what the most significant revolution brought on by the Internet might be. Just over a week after I returned, we were seeing it in action.

There has been no shortage of handwringing over the role that the Internet played in the events of that day and the tense week that followed. Though there is plenty to praise — the excellent work of some eyewitnesses who truly became amateur reporters, the absolute immediacy of information — there’s also much to worry about: the emotion-fueled speculation, the misinformation, the vigilante journalism.

The Internet made all of these things a reality, and while it’s impossible to try to assign a quantitative “good”or “bad” to these developments, what we can know for sure is that we will never go back. This is how big news is reported now.

In some ways, I’m right there with the hand wringers. I’ll take truth over immediacy any day. But, from the vantage point of a year later, I’m beginning to see a great value to the stream of tweets and status updates that (sometimes inaccurately) reported the news of the Marathon Bombings and the subsequent search for the bombers as it happened. But I wouldn’t be able to see this value if it weren’t for archivists and collectors, curators, scholars, and storytellers who have, in the year that’s passed, begun to make sense of the social media blitz of that week.

If journalism is the first rough draft of history, eyewitness reports captured on mobile phones and broadcast to the world are the first notes — scratchings, written hastily on Post-its, which later become an outline that eventually inform the first draft as well as the drafts that follow. They are hastily scribbled and stuck in the moment, but later, when a skilled storyteller comes along, they begin to take shape into a cohesive narrative. And, particularly in the case of the Marathon Bombings, they take on a life of their own as a kind of meta-narrative — we get a sense of how we respond when tragedy strikes.

It’s not always a pretty picture. The false identification of the perpetrators first on Reddit and then on the front page of The New York Post, the hasty and lazy reporting by cable news networks, the threats against Muslims here in Boston, serve as a perfect example of how instant news culture can do very real harm. But even those mishaps can teach us something valuable.

I’m grateful to those organizations like the NULab at Northeastern University who, in collaboration with WBUR, are creating a digital archive of artifacts from the bombings. And the marathon memorial that will open at the Boston Public Library, which features items such as running shoes, t-shirts, and photos left near the finish line as an instant tribute. And the hand sewn flags, mailed in from around the country and the world, on display at the Museum of Fine Arts as part of its “To Boston With Love” installation.

What all of these have in common is that they are collections of natural and emotional reactions in the immediate wake of tragedy, and though they may not mean much individually, when collected and curated, they tell a story of their own; they truly become a memorial. This is how I choose to think of those tweets and status updates. Even with their misleading and sometimes flat-out wrong information, even if they are a testament to the ways in which the cult of now has reshaped our news consumption, taken together they are a monument to a city that experienced tremendous grief on an otherwise beautiful day in April, and they tell the story of how we continue to cope with that tragedy today.

Jonathan D. Fitzgerald is the author of Not Your Mother’s Morals: How the New Sincerity Is Changing Pop Culture for the Better and the editor of Patrolmag.com. 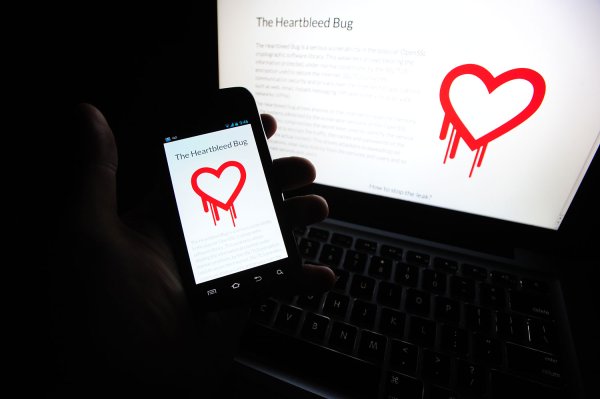 Healthcare.gov Users Warned on Heartbleed Risk
Next Up: Editor's Pick