Saudi medical staff leave the emergency department at a hospital in the center of Riyadh on April 8, 2014
Fayez Nureldine—AFP/Getty Images
By Nolan Feeney

Saudi Arabia’s Health Ministry this weekend confirmed 20 new cases of the deadly Middle East Respiratory Syndrome, or MERS. All told, the MERS virus has infected 244 people in Saudi Arabia, with 49 confirmed cases in the past six days alone.

Of the 244 infected people in total, 76 have died, Reuters reports. MERS has no known cure and kills approximately a third of the people it infects.

Saudi Arabia’s Health Minister Abdullah al-Rabia said on Sunday he did not know the cause of the sudden rise in cases. He said there was no current need for extra precautionary measures like travel restrictions.

Authorities say the disease, which scientists have linked to camels and is similar to the SARS virus, does not spread easily from person to person and could die out on its own. However, some experts have warned that the virus could mutate, allowing for easier human-to-human transmission. 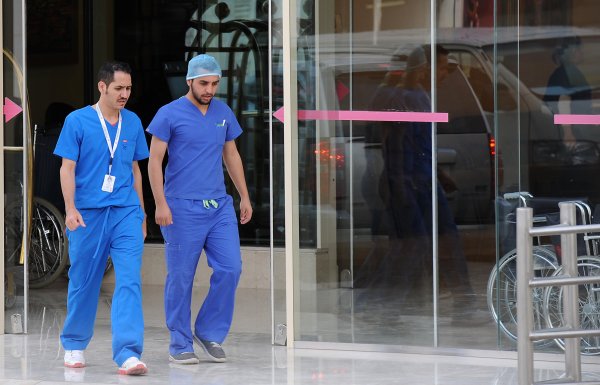 MERS Death Toll Climbs as Man Killed By Virus in Saudi Arabia
Next Up: Editor's Pick