A young worshiper kisses a statue of Christ hanging on the cross during Holy Week festivities on April 18, 2014 in Paraty, Brazil.
Mario Tama—Getty Images
By Christopher J. Hale

The Easter proclamation is perhaps the strangest and most radical message ever given: “Jesus Christ is risen from the dead.” The words have become so commonplace that we’ve perhaps forgotten how weird and how wonderful they truly are. Along with that, there have been attempts by religious scholars in the past two centuries to reduce this resurrection message into a mythical story or a mere statement of God’s faithfulness to his people.

But as we come again to the great and climatic feast of our Christian faith, it’s time again to reconsider those wondrous words as if for the first time:

Jesus Christ is risen from the dead.

The disciples’ first reactions to this news were remarkable. You can feel their excitement jump off every page of the New Testament. The Gospel writers give an eyewitness account of what happened. Every detail mattered to them. Remember, as John tells us, the disciples were not expecting Jesus to be resurrected. After all, he was brutally executed by the Roman regime and buried in a grave. This wasn’t some hack job; this was a professional execution by the most powerful government in the ancient world.

But after an encounter with the resurrected Jesus, Peter goes back to downtown Jerusalem and—filled with a new spirit—gives the first great Christian sermon. He tells the crowds the startling news that the Nazorean who was executed and buried had been raised from the dead. It’s important to note that this wasn’t some vague claim about God’s faithfulness or about a future hope for immortality. Peter’s Easter faith wasn’t an abstraction. It was the result of a lived experience with Jesus of Nazareth. He had experienced for himself that complex drama about the goodness of creation, the pain of sin and brokenness and the power of God’s redeeming love.

For the followers of Jesus, the historical resurrection of Jesus from the dead changed everything. The excitement of the early Church even bordered on arrogance. Paul’s holy taunt embodies this: “O death where is your sting! O hell, where is your victory!” While the disciples’ journey with the resurrected Jesus transformed their lives, it sometimes appears to not have the same effect on today’s Christians. As Pope Francis has recently complained, “there are Christians whose lives seem like Lent without Easter.”

When Mary Magdalene encountered the empty tomb, she ran to tell the others the news. Today’s Christians must imitate Mary’s posture. We too must make haste to share the impossibly good news that God has raised Jesus Christ from the dead, and that through his great love, our lives and our society can be given a new horizon and a decisive direction.

The growing temptation to make Christianity a bourgeois faith that is reduced to mere ethics and platitudes must be rejected. That isn’t a faith that will change our lives or have any effect on society. It’s a faith without a future.

This Easter invites Christians to again to re-center our faith on the person of Jesus and his resurrection from the dead. We mustn’t forget the story of our people: that God pitched a tent among us and shared our human lot in Jesus Christ. To the poor, Jesus proclaimed the good news of salvation, to prisoners, freedom and to those in sorrow, joy. In his death, our death was destroyed, and in his resurrection, our lives were restored. And that we might live no longer for ourselves, he gave us a Holy Spirit to serve others and to renew the face the earth. In spite of our continual failings as individuals and as a society, God has never grown tired of loving us.

This Easter story isn’t simply for us, but also for the transformation of our families, our communities, our Church, our country and the entire world. The resurrection of Jesus Christ from the dead gives us a chance to reimagine and reconstruct human life and society once again.

It allows us to become collaborators in God’s great dreams for a world where everyone is welcomed, loved and forgiven and where every man, woman and child experiences the salvation that Christ won for us in his death and resurrection.

Jesus Christ is risen from the dead! This is our faith, and this is the faith of the Church. Two millennia later, and it is still good news indeed.

Christopher Hale is a senior fellow at Catholics in Alliance for the Common Good. He helped lead national Catholic outreach for President Obama’s re-election campaign. You can follow him on Twitter@chrisjollyhale. 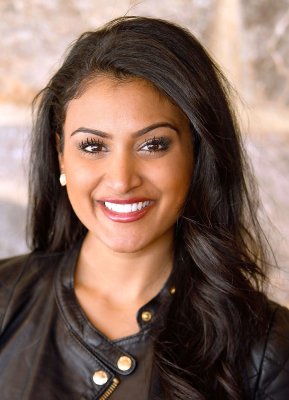 Student Suspended for Asking Miss America to Prom
Next Up: Editor's Pick