A gutsy high school senior was suspended Thursday for asking Miss America to prom when she hosted a question-and-answer session his Pennsylvania school.

Patrick Farves, a senior at Central York High School, Pa. said he had been steeling himself all week to pop the question when Nina Davuluri arrived to speak before the student body at a Thursday assembly.

Davuluri, holder of the beauty queen crown, was holding a talk about diversity and the importance of science, technology, engineering and mathematics, or STEM studies, and Farves wanted a piece of the action.

During a pause between pre-screened students during the question-and-answer portion, Farves made his move. “I already had a little flower,” he told the York Dispatch. “I was completely set on doing this.”

Farves called out his proposition and handed Davuluri a flower, to cheering from fellow students. His interruption won him 3.5 days of in-school suspension, as school administrations said they had warned him against making a scene.

But Miss America never got a chance to say “no”: the cheering drowned out her response. “For the sake of my ego, I’m going to say no, I never got a direct answer,” Farves said. 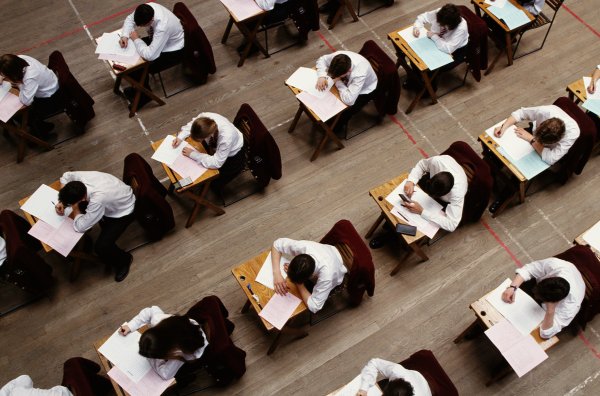 Quiz: How Would You Do On the New SAT Vocabulary Questions?
Next Up: Editor's Pick