Bye-Bye FuelBand: Nike Won't Be the Last Company to Get Out of Wearable Hardware

Nick Statt of Cnet has a scoop: He’s reporting that Nike is laying off most of the people on its team responsible for the FuelBand fitness tracker. Instead of making its own hardware, the company will focus on fitness-related software henceforth.

It’s impossible to hear this news without bringing up the fact that Apple CEO Tim Cook is on Nike’s board and wondering whether it relates in any way to any plans Apple might have in the smart watch/fitness category. There, I just did. But that’s all I’m going to say, because who knows?

This I do know: I’m sorry to see the FuelBand go away. Though it didn’t do anywhere near as much as a Fitbit or Jawbone Up, I loved Nike’s hardware design, with its straightforward display and a clasp that locked securely and doubled as a USB connector. (It’s one of the few wearables that doesn’t make you keep track of a stupid little charging dongle.) I was hoping to see it evolve further; Statt says an upcoming model was canceled, though the current FuelBand SE will stay on the market.

Still, I think it’s possible that Nike’s move is a smart one, strategically. There are just gazillions and gazillions of fitness trackers on the market now–a little like there were once gazillions of e-readers, and before that, gazillions of MP3 players. And now phones such as Samsung’s Galaxy S5 are adding enough fitness-related features–it even has a heart-rate monitor–to render a wristband superfluous for some folks. (The evidence suggests that Apple plans to turn the iPhone into a health aid, too. )

Bottom line: Whether or not Nike has any specific knowledge of anything Apple might be planning to unveil, it has a good idea which way the wind is blowing. I’ll bet it won’t be the last player to exit this category. 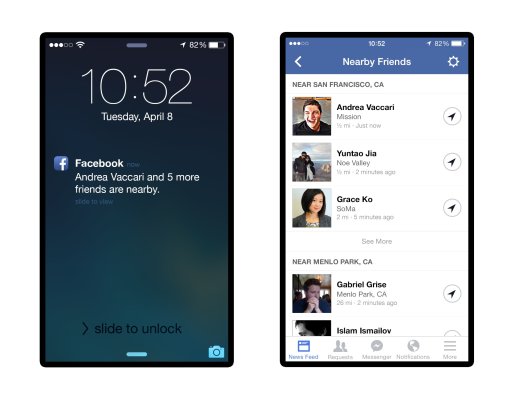 Creep on Facebook Friends With Location-Based Alerts
Next Up: Editor's Pick