The Perfect Bacon Bowl Is Totally the Next Snuggie

Sales of the Perfect Bacon Bowl are on par with the Snuggie, one of the best As Seen on TV products of all time
Allstar Products Group
By Josh Sanburn

Nobody needs a bacon bowl. We’ve managed to survive as a species for thousands of years consuming bacon in its much more pedestrian form: as strips. Eaten one at a time. Not baked together into a receptacle.

Yet, in the four months since its television advertising debut, the Perfect Bacon Bowl–a cooking apparatus used to do exactly what it sounds like–has sold 2 million units and is set to rival another product no one ever thought they had use for: the Snuggie.

The Perfect Bacon Bowl is the brainchild of Thom Jensen, a Salt Lake City histologist looking for a way to get his kids out of bed on Saturday mornings. He first tried to make a bacon turtle–just a turtle made out of bacon–using an upside-down muffin tin. But the bacon burned. So Jensen looked online and found people were making bacon bowls all over the place by putting aluminum foil around the tin, which got him thinking.

Jensen sent an online video of a conceptual bacon bowl into Edison Nation, a company that solicits ideas from everyday inventors. If Edison Nation believes the product might sell, the company licenses it and brings it to market, giving the inventors a cut of the sales. Jensen’s prototype was crude, a mere container made purely from tin foil, but it caught the eye of Edison Nation, including CEO Louis Foreman.

“There’s an incredible number of great ideas out there that never get to market because the obstacles are too great,” says Foreman, who’s also an inventor. “If you woke up and said, I have a great idea, you’d have two choices – quit your job and become an entrepreneur, which is high risk, or try to license your invention to somebody else.”

For many would-be inventors, however, filing for a patent and developing a prototype can be complicated and incredibly expensive. Foreman began Edison Nation as a way for people to realize their ideas without resorting to something drastic like liquidating their 401k. Anyone with $25 can submit an idea, and if it gets approved, Edison Nation invests all the capital and gives 7.5% royalties to the inventor.

The company receives thousands of submissions a year, but only a handful actually making it to store shelves. Foreman says trends and technologies like the maker movement and 3D printing have spurred more Americans to try their hand at inventing. He also says that because there’s less brand loyalty than ever (and the fact that stores will take virtually anything back) consumers are also more likely to try something different.

Since its founding in 2008, Edison Nation has licensed hundreds of products, including Party in the Tub (a disco light to get kids to take a bath), Eggies (an alternative to hard-boiling an egg), Gyro Bowl (a “spill-resistant” bowl for kids) and Emery Cat (a cat scratching board).

But Bacon Bowl may outperform them all. Edison Nation says the product is on par with the Snuggie, which sold 25 million units in a little over two years and has brought in an estimated half a billion dollars since it debuted in 2008. “I’m just overwhelmed,” Jensen says.

Bacon Bowl is the only one of the two dozen or so ideas Jensen has sent into Edison Nation. And even though he’s likely to receive a hefty royalty check at the end of the year, he’s not going to quit his day job. “I have to have something to pay for my hobby,” he says. 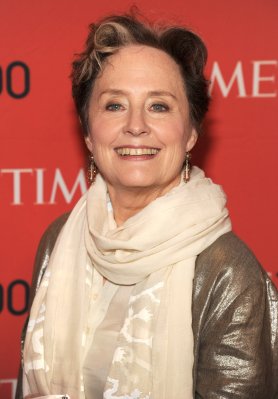 The Fate of Our Nation Rests on School Lunches
Next Up: Editor's Pick