Jennifer Lawrence fans know that any time the actress is on live TV, it’s a chance for her to further embed herself into their hearts with her spontaneous charm. So, for those fantasy BFFs watching at home, here are JLaw’s most endearing Golden Globes moments of the night, in chronological order.

1. The camera goes to her when Amy Poehler’s name is mentioned in the show’s intro, as if Amy Poehler had magically acquired Lawrence’s face. Lawrence laughs, endearingly.

2. Wins the first award of the night for her role in American Hustle, looks endearingly shocked.

3. Accepts the award for her role in American Hustle, endearingly says that she really did watch all the movies nominated this year — “…well, not all of them but you know what I mean” — so she knows how tough the competition was.

4. Continues to accept said award, endearingly says she’s so scared up there on stage that the Hollywood Foreign Press Association should never again give her an award.

5. Further acceptance speech endearingness: while thanking Silver Linings Playbook and American Hustle director David O. Russell, credits his less acclaimed movie I Heart Huckabees with her interest in his work and thanks him for making her career what it is.

6. While presenting the award for best actor in a comedy or musical movie, gives an endearing little shrug when American Hustle is mentioned and talks to herself about opening the envelope.

7. After presenting that award, endearingly starts to walk the wrong way off stage until Miss Golden Globes, Sosie Bacon, corrects her.

American Hustle also won the prize for best movie, musical or comedy, drawing Lawrence back on stage. Though she didn’t speak or make any particularly noticeable gestures during that acceptance, it just goes to show that she’s cemented her reputation as most you-guessed-it Hollywood starlet. She doesn’t even have to do anything to get major love: 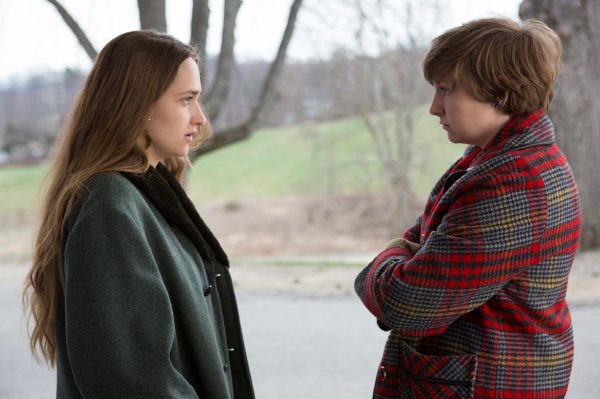 Girls Season Premiere: Let Me Tell You What Your Problem Is
Next Up: Editor's Pick