Turkey’s President Abdullah Gul deepened a mystery surrounding the future of the country’s political leadership on Friday, apparently closing off one much-discussed scenario involving a job swap with Prime Minister Recep Tayyip Erdogan, but in terms so murky and conditional that it only served to fan speculation about his intentions.

Both Gul and Erdogan belong to the Justice and Development party that has ruled Turkey since 2003. The latter is serving his third term as premier and is barred by internal party rules from seeking a fourth. But he has made clear his interest in running for the presidency when the post opens in August, sparking speculation that he could swap jobs with Gul, who co-founded the party him.

A similar dilemma presented itself to Vladimir Putin in 2008 in Russia, where the constitution barred him from a third consecutive term as president. Putin instead backed his former campaign manager, Dmitry Medvedev, for the job, and when Medvedev won, he appointed Putin prime minister. Putin returned the favor four years later, when he won the presidency again. But on Friday, Gul appeared to cast the idea of a taking part in similar swap.

“I believe that the Putin-Medvedev formula wouldn’t be a completely suitable model in Turkey,” he told reporters.

In nearly the same breath, however, Gul added, “I don’t have any political plan for the future under today’s circumstances.”

The cryptic remark had analysts scrambling to decipher Gul’s intentions. Some spun the remark as a surprise declaration of retirement from public life, “signaling an earlier-than-expected departure from politics when his term ends in August,” as Turkey’s Cihan news agency put it.

Most others focused on “under today’s circumstances,” hearing in the conditionality of the phrase the grinding of gears turning behind the scenes. “The first impression is that Gul wants to be candidate for the presidency again, but I don’t think that it’s possible without an agreement with Erdogan, because Gul always says he’ll speak to Erdogan about this issue,” the Hurriyet Daily News quoted columnist Yalçın Doğan as saying.

Soner Cagaptay, a Turkey specialist at the Washington Institute for Near East Policy, agreed. “The Putin-Medvedev inversion is just not possible in Turkey,” he tells TIME. “Gul is not Medvedev right? He’s got his own base. Gul will not be No. 1 but act like he’s No. 2. If Erdogan wants to become president, which he does, he’ll have to appoint a caretaker prime minister, someone he can influence a great deal.”

In Gul’s apparent rejection of a Putin-style job swap, others heard the sound of the President opening the door for Erdogan to remain as prime minister. Indeed, in a meeting last week, Justice and Development lawmakers reportedly were polled both on their views about who should be president and on the three-term limit.

“This might be a signal that they have already decided to stay with the status quo,” Ali Carkoglu, a political scientist at Koc University in Istanbul, tells TIME. Carkoglu discounts rumors that Gul would split the party, either by running against Erdogan for president or challenging him for leadership of a party they founded together.

“If they are divided, then I think they will both lose,” Carkoglu added. “They have all the incentives to work together. And I think they have a camaraderie so far. They’ve been in this sort of risky politics for 25-30 years. We are underestimating the tradition from which they come.”

Cagaptay concurs. “I think their relationship is marked more by collegial competition than by rivalry.”

But other questions loom, including what powers each office will hold. Unlike Russia (or the United States), the presidency is largely a ceremonial post; most political power rests with the parliament, with the prime minister typically chosen from the ranks of the largest party. But Turkey is drafting a new constitution, which Erdogan has said should embrace a presidential system, with a strong executive. “I think the order will probably be that he becomes president and then change the constitution, not the other way around,” says Cagaptay.

There’s also the matter of corruption allegations leveled against Erdogan and other party leaders. Erdogan has worked hard to thwart a judicial probe, dismissing hundreds of police officers and prosecutors, and even banning Twitter and YouTube after the social media sites linked to allegedly incriminating leaks. He took a victory in local elections held last month as a referendum on his leadership, but as long as he remains prime minister he enjoys immunity from prosecution as a member of parliament. Were he to become president, he could be vulnerable to courts that, for instance, have declined to enforce the Twitter ban.

Carkoglu says that, as president, Erdogan would have immunity for anything he does while he holds the post. But, he adds, “for anything he’s done prior to coming into office, there’s uncertainty. We’re not sure. So that would be a legal battle. Is it worth taking all those risks?” 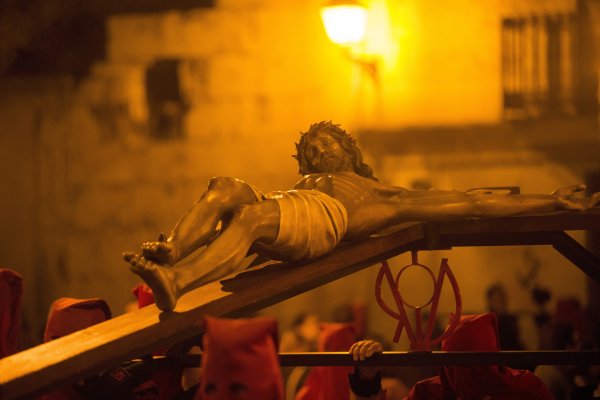 East Meets West for a Celebration of Christ's Resurrection
Next Up: Editor's Pick