Inside a Christian Pot Shop

By Michael Lester and Katy Steinmetz

God told Moses to go down the mountain. He told Abraham to sacrifice Isaac, his only son. And, according to Bryan Davies, he made another commandment to a California couple circa 2005: “Open up a pot shop.”

Bryan and Lanette Davies run a medical marijuana dispensary in Sacramento, Calif., which they say they opened on the advice of God. The couple sells marijuana to patients battling AIDS and insomnia and arthritic disorders. They also use their shop, called Canna Care, as a vehicle for spreading their Christian faith. Bibles lie on a table in the lobby, free for the taking. And every day at 6 o’clock, all the shop’s employees stop what they’re doing to hold hands and pray. Patrons are invited to join and often do.

“It has to do with taking care of the sick and ill,” Lanette says. “Jesus Christ made a statement that all people should care for one another, and this is our way of taking that to our community.”

The shop has also become embroiled in a case with the Internal Revenue Service that could set an important precedent for the medical marijuana industry. Because of a 1982 law, medical marijuana dispensaries are not allowed to deduct ordinary expenses—like rent or payroll or the cost of providing health benefits—which would normally be standard for a small business. This is because, in the eyes of the federal government and therefore the IRS, such businesses are technically trafficking illegal drugs, even if they’re operating legally according to state laws.

The Davies are refusing to pay a $875,000 tax bill that the IRS says they owe, and have taken the issue to court. They are currently waiting for a ruling on the matter, which they say they’ll appeal if necessary. “We pay our taxes. We are completely legal in this state,” says Lanette. Time will tell if the tax court agrees. Meanwhile, the couple plans to keep selling weed-infused lollipops and the message of Jesus Christ. 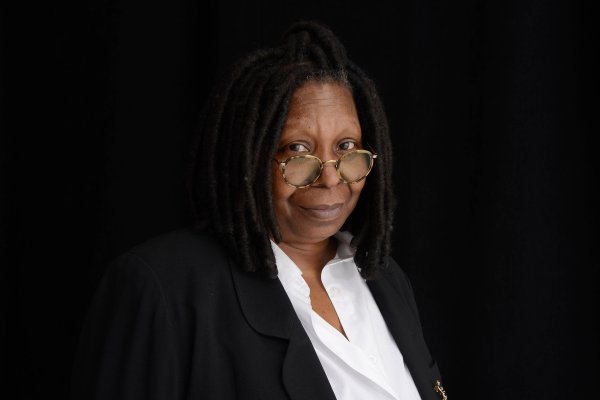 Whoopi Pens Column About Her Love for Weed
Next Up: Editor's Pick