Sen. Rand Paul holds up a group of cell phones in front of U.S. District Court to announce the filing of a class action lawsuit against the administration of U.S. President Barack Obama, Feb. 12. 2014.
Win McNamee&mdash;Getty Images
By Massimo Calabresi

The lawsuit Rand Paul filed against President Barack Obama and the NSA on Wednesday morning may be smart politics. Libertarians nationwide are appalled at the spy agency’s telephone meta-data collection, and many view Obama as a big-government threat to their liberty.

“Our founders never intended for Americans to trust their government,” Paul, the Kentucky Republican, said in a video released on the eve of filing his suit in federal court. By stoking libertarian concerns, he may also achieve straightforward political ends: As Politico reported last month, those who write in support of Paul’s suit will be added to his campaign list.

The value of the case itself is a different matter. Paul’s first task will be to show that he actually has legal standing. To bring an action against the government, or anyone else for that matter, you have to show you have actually been harmed. Can Paul prove his phone records were collected? This has been a challenge for previous litigants, and the Justice Department still argues most don’t clear the bar.

Even if Paul does get standing for himself and all those he says he represents, his case will follow, and ultimately be determined by, other cases already moving through the system. Lower courts have largely validated the legality of the metadata collection under both the Patriot Act and case law, but not all of them have. The Supreme Court has not taken a position on such a broad collection program and in at least one case they have shown concern about broad and automated data collection without a warrant.

The risk for Paul is not so much the legal outcome as a potential change in the politics of the underlying issue. Where the law can be slow to develop and harden, political change can be rapid and unpredictable. Paul risks getting on the wrong side of an issue that is still playing out in the public mind.

There is no shortage of those looking to make Paul pay if the tide does turn. In January, New York Republican Rep. Pete King accused Paul of stoking “hysteria” and “paranoia” among Americans with his loose talk about the NSA surveillance programs. The White House is looking to paint those opposing the program as opponents of hard-working intelligence officers. In January, Obama said NSA officials are doing “an extraordinarily difficult job—one in which actions are second-guessed, success is unreported, and failure can be catastrophic” and that they “follow protocols designed to protect the privacy of ordinary people. They’re not abusing authorities in order to listen to your private phone calls or read your emails.”

For now, Paul’s play may work all the better for having mainstream Republican and Democratic opposition. But public opinion is fickle and it doesn’t take much to imagine a turn of events that could leave Paul exposed to charges he put politics ahead of national security. 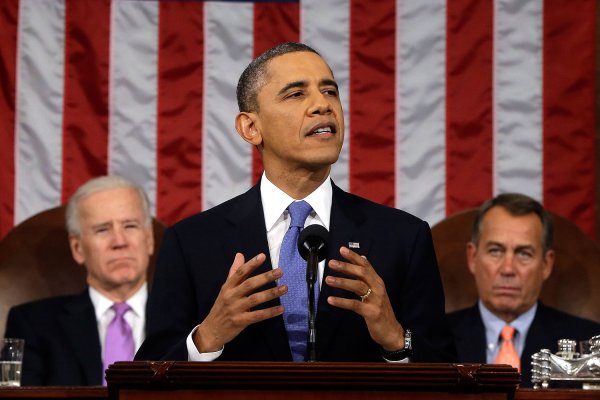