Female House Candidates Struggle to Break Through Despite GOP Efforts

At a time when the Republican Party has been reaching out to women and minorities, Marilinda Garcia would seem like the perfect candidate for Congress. The eight-year veteran of the New Hampshire State Legislature is hoping to take on Democratic Rep. Ann Kuster in New Hampshire’s second district. In 2013, the Republican National Committee named her one of its “Rising Stars.” The Susan B. Anthony List, which supports anti-abortion female candidates, endorsed her. She was featured in Governing Magazine as one of a dozen State Legislators to watch in March. And GOPAC, a Republican group that helps elect State Legislators to federal office, also endorsed her this spring.

She’s slightly ahead in the polls with her primary opponent, Gary Lambert, a former Marine and small businessman. And even more striking is if the election were held today, Garcia beats Kuster 38% to Kuster’s 14% among independent voters and Lambert would beat her 34% to Kuster’s 14%. According to the survey, the main reason Garcia does better is her strength with women voters: Kuster leads Lambert by 16 percentage points among women, but she only leads Garcia by 5 percentage points among women.

So, why has the National Republican Congressional Committee named Lambert, a candidate with no political experience, one of their “Young Guns,” while Garcia hasn’t been given that designation?

Garcia is running at a time when Republicans have struggled to recruit more women candidates for the House. Despite concerted efforts, recruitment efforts lag behind the GOP’s 2012 numbers. Many prospective female Republican candidates say they don’t want to run because they don’t get enough institutional and establishment support. “Every conversation when I approach any of these organizations, they’re very encouraging with their words and I would appreciate anything else that would follow from that but I haven’t felt it as of yet and I would love to feel it,” Garcia tells TIME.

To be fair, Lambert has raised more than $320,000 so far to Garcia’s nearly $112,000. Though Garcia points out that she only entered the race late last quarter and both she and Lambert raised almost equal amounts this quarter, so by that measure they are on par. But the NRCC Young Guns program only takes candidates that have at least $100,000 cash on hand, which is how Lambert qualified. Garcia is hoping to apply when she has enough money; she currently has $60,000 cash on hand. “Anyone can participate in the young guns program if they meet the required benchmarks,” says Andrea Bozek, a spokeswoman for the NRCC. “We have encouraged her to enroll. [We] have met with her several times.”

One of the challenges for female candidates on either side of the aisle is training them in raising money, generally a harder task for women than men at first. Emily’s List on the left holds regular training seminars around the country that are free to all perspective candidates. But the Susan B. Anthony List, which raises less than one-fifth of the money Emily’s List does, has not yet been able to launch such a program. “Do we wish that [Garcia] had more support? Do we wish that we had more money to give her to cross the finish line? Of course I do,” says Marjorie Dannenfelser, president of the Susan B. Anthony List. “I do wish the NRCC would do more.”

Ostensibly, the NRCC is doing more. Last year, they launched a program called Project GROW to help female candidates. But Garcia, though she is a female Republican running for the House, has yet to get anything from the group. “Project GROW is led by the women members in the GOP caucus who mentor Republican candidates,” NRCC’s Bozek says. “The main objectives have been to expand engagement to women voters through messaging, events and the recruitment of strong female Republican candidates.” When asked, Bozek did not respond to questions about why Garcia has not yet gotten a mentor or a fundraiser. 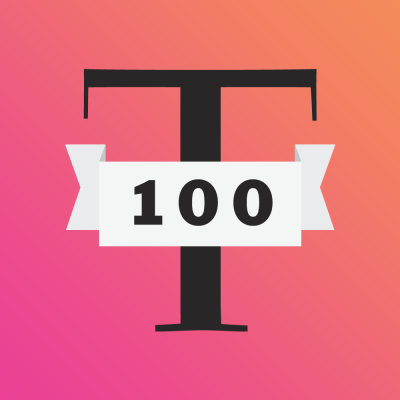